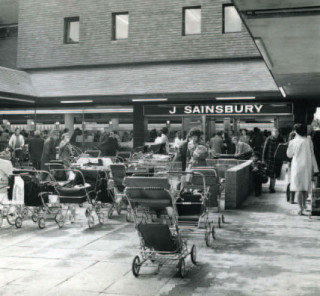 The very popular opening of Sainsbury's, May 14th 1974
© The Sainsbury Archive, Museum of London Docklands 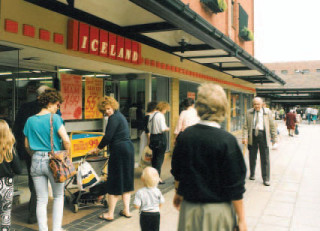 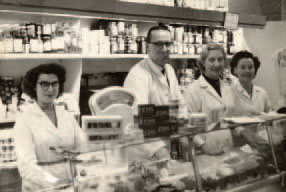 Staff at Fine Fare, Eastcheap, c. 1960s. Fine Fare was a national chain of supermarkets established in the 1950s. Their headquarters were in Welwyn Garden City. In 1985, the company merged with The Dee Corporation which is now known as Somerfield and the Fine Fare name disappeared. 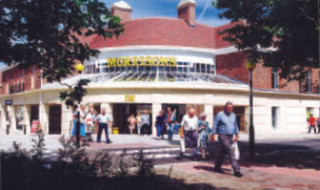 This new way of shopping revolutionised post-war Britain.The large self-service supermarkets of the 1950s suited the needs of a new generation with cars, refrigerators and less time.
For twenty years, this type of shopper had to be satisfied with the shopping experience at the Co-operative Stores on Eastcheap or small supermarkets such asT.W. Downs or Fine Fare. But in 1974, Sainsbury’s opened in Garden Square Shopping Centre.This shop offered all the usual Sainsbury’s lines, plus the chain’s first ever self-service delicatessen.

In 1980 Iceland also opened in the shopping centre.The two stores traded side-by-side until 1991 when Sainsbury’s moved to its new, larger out-of-town site.

Garden Square Shopping Centre was also briefly home to a Marks and Spencer Simply Food outlet.The store opened in 2003 in a section of the old Sainsbury’s but was closed in 2009 due to the recession.