From drapers and dressmakers to milliners and shoe shops, over the last 100 years Letchworth has had a variety of shops to cater to women's taste for clothes and fashion. Early Letchworthians had few options.

from The Heritage Museum 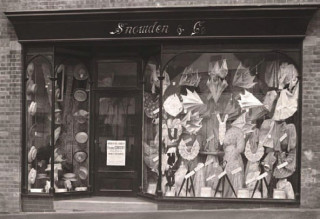 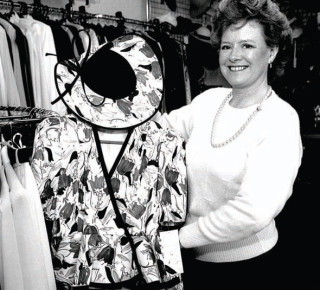 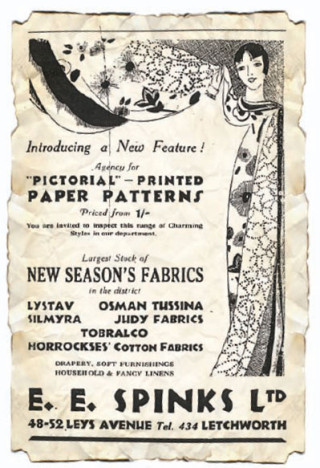 An advert for E. E. Spinks, a drapery store, (938. Barbara Barry Parker remembers "Ken and Lesley Spinks came to the town from Great Dunmow [inEssex], and Ken owned a fine drapers shop, which served the town well from many years. His brother Lesley had a men's outfitters across the road, both shops being in Leys Avenue..."

For those able to afford tailor-made clothing, there were dressmakers like Barker Direct. But most women would have bought fabric to make clothes at home from drapery stores such as Snowden’s or Cramp’s.

In 1920, Letchworth had 3 dressmakers including Porter, Perry & Blandford, and 5 drapers & milliners such as Spinks’ and Wightman’s. There was also The Wool Store for hosiery. By 1930, the shopping options for women had grown. There were now 5 dressmakers, 13 milliners and drapers, 6 hosiers and 3 shoe shops.

Popular shops included Tilley Brothers, a dressmakers and drapers store on Leys Avenue, Lilian Reed which specialised in underwear and hosiery in The Arcade, and Rogers & Son, ‘shoe artists’, on Leys Avenue.

With the rise of ready-to-wear clothes and a less formal style of dress, the shops on British high streets have changed from dressmakers, drapers and milliners to the sort of womenswear shops that we have today.