For many young men their first experience of work was an S&D apprenticeship. 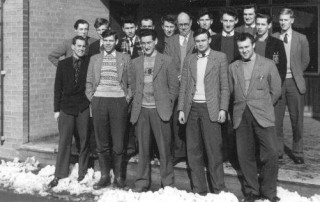 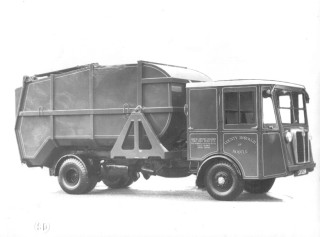 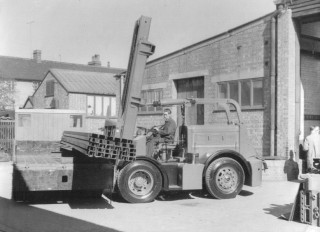 In 1953 I started as an apprentice at S&D. In this I was following in my uncle, George Carpenter’s, footsteps as he had been one of the first of Harry Shelvoke’s apprentices in 1924. The working week in the 1950’s was 44 hours and we worked from 8.00 a.m. to 6.00 p.m. from Monday to Thursday and finished at 5.00 p.m. on Fridays. I have vivid memories of Icknield Way crammed with cyclists on Friday evenings as all the factories seemed to finish at five o’clock and nobody stayed to work overtime. A familiar sight was some poor young man tied to a factory’s railings with a sign round his neck : “I’m getting married in the morning.” A rather cruel example of factory humour.

The apprentices spent around three months in the various departments of the factory. Shelvoke & Drewry at that time made their own petrol engines, gearboxes and axles as well as the chassis, body and cab, so an apprentice experienced a wide range of components in manufacture. So far as I could tell the supervisors were quite happy to pass on their knowledge, experience and skills to the next generation. Truly it was “learning on the job.” For theoretical training we attended Letchworth’s North Herts Technical College one day a week with an evening class as well. In 1958 I had the good fortune to be selected for the first “Sandwich Course” to be run by the Technical College to study for a Higher National Diploma. This involved three six month full time sessions at the College with the other six months at work.

In the 1950’s S&D were producing around six ‘W’ type vehicles per week and one Freightlifter fork lift truck. The majority of the ‘W’ types were fitted with Fore & Aft tipping bodies.

I am extremely grateful to S&D for the training I received and as an expression of gratitude produce a website http://www.shelvoke-drewry.co.uk