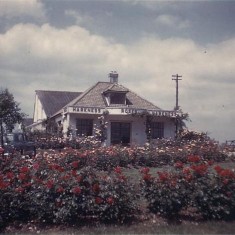 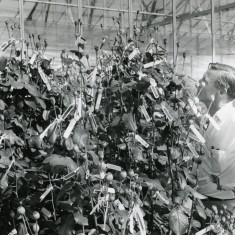 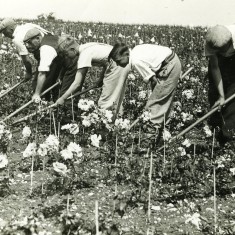 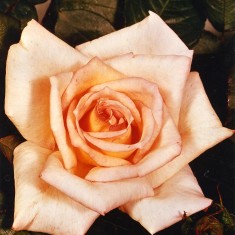 1879 saw the Harkness family’s first nursery founded by brothers John and Robert at Bedale, Yorkshire, in 1879. The acclaim received by these first time rose growers soon meant they could expand and the company headed south and took a plot between Hitchin and Letchworth, to the nursery still used by Harkness Roses to this day.

It was William E Harkness, son of Robert, who took over the company in the 1920s, securing Harkness Roses’ future throughout World War Two and beyond. He was regarded as a brilliant rose grower, winning the National Rose Society’s Championship 21 times.

“His roses opened my eyes”, said Peter Harkness, “I began to realise the difference between a general and a specialist nursery.”

The decision to breed their own roses was put forward by brothers Peter and Jack Harkness, nephews to William and themselves both prosperous rose growers. But with much work needed to re-establish the nursery after the Second World War, this idea was put on hold. Unfortunately William Harkness did not live to see these dreams realised, dying in December 1959.

The nursery was left in trust to William’s nephews, Jack and Peter, who were to continue with the family’s forever-promising rose company. Peter’s thoughts soon returned to rose breeding and with much hard work and support by friends and fellow rose breeders, Pat Dickinson and Sam McGredy, Harkness Roses entered a new life of rose breeding. By 1964, Harkness Roses were seeing their first results in the open air, with the rose “Escapade” one of their first roses, later followed by “the round table roses” in 1967. These were presented in a bouquet to Princess Margaret at the film premiere of “Camelot” at London’s Leicester Square that year.

Harkness and their rose cultivation was fast developing with roses such as “Anna Ford”, “Compassion” and “Amber Queen” already being acknowledged nationally and more roses being grown for presentation at the Chelsea Flower Show. And more was to come…

Jack Harkness was one of the founding members of BARB, the professional rose grower’s organisation. BARB ensured that both rose breeders and producers were able to work together and benefit one another. With that the “rose of the year” trials began; a trial which helped relationships throughout the rose trade in the UK. The trials were also being recognised by the public with a list of must have roses for that season. However, the work of Jack Harkness could not be acknowledged without mentioning Alec Cocker, Jack’s good friend and fellow rose cultivator, whose fascination with a sub-series “Hulthemia Persica” led Jack Harkness to introduce and breed a number of seedlings, “Tigris” and “Euphrates” being two of them. Alec Cocker and Jack Harkness had previously worked together in Ireland and without the contributions made from Alec, a legacy continued through persica cultivation may never have happened.

Peter Harkness became the Manager of Harkness Roses in 1959. A world renowned Historian and Editor of “The Rose” magazine, Peter set the standard for rose cultivation. Appearing worldwide at various rose shows, lectures and conferences, Peter not only served as a judge to other rose breed competitors, but also provided invaluable advice through many written publications.

Harkness Roses continue to specialise in an elite standard of rose breeding. Historically, much can be accredited to a company whose rose the “Mountbatten” was presented in the wedding bouquet of Princess Diana on her marriage to Prince Charles. Queen Elizabeth, also, planted some of Harkness’ roses at Kunming. Harkness Roses’ new breeds were often named in honour of well-known people or national charities, acknowledged through national flower shows and awards. Jack Harkness received an OBE for his contributions to rose breeding and growing.

One particular Harkness rose, “Letchworth Garden City”, named in honour of the town, truly symbolises the verdant nature of the Garden City and its beauty and appeal.