Ogle created a number of innovative products. Tom Karen remembers some of them. 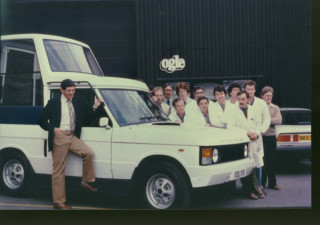 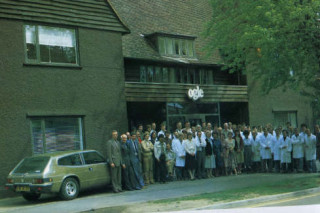 We had designed the Leyland truck cabs so we were close to Leyland and they got commissioned to make the Pope Mobiles. When I found out I went to them and said we ought to do the design and so we got that job. There were four vehicles. Two were based on Range Rovers which we designed and built and two were built on Leyland trucks with our cabs. We found out that those were the four vehicles the Pope used. I think he took one of the Range Rovers back with him to Rome. I have seen Pope Mobiles since then and none of them seem to be as elegant as our Pope Mobile. It was very nice.

Everybody remembers the Scimitar. The Scimitar GTE came out in 1968. It had the same engine as a Capri but was faster and it had what is called a ‘rising waistline’ which is the line between the body and the greenhouse and on the Scimitar it went up and up and up towards the back. Nobody had done this and some motoring journalists really didn’t like the car – the estate body for 120 mph car and the rising waistline. They couldn’t take it and gave some unkind comments. Other people liked it very much indeed. Of course, since then just about every car you see has got a rising waistline and having cars that are true box cars having an estate car kind of body without being estate cars are very common. That was a very important car and one of the owners was Princess Anne. There’s a picture of her driving out of BuckinghamPalace. She did us a good turn by getting caught speeding down the M1. You couldn’t get better publicity for the car.