41 Taxis and Gifford School of Motoring 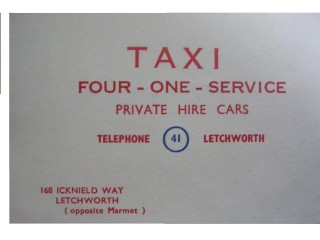 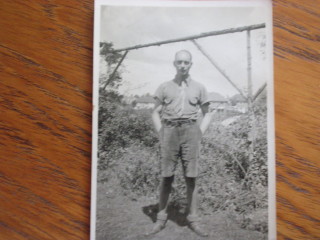 Doug Gifford in the garden of 168 Icknield way. In the background is 22 Bedford Road partially built so 1935-6
Mark Gifford 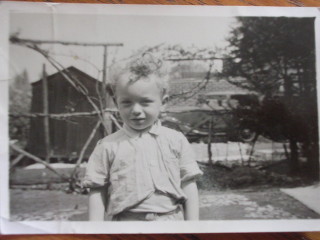 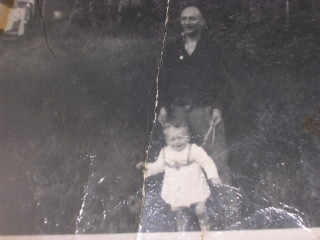 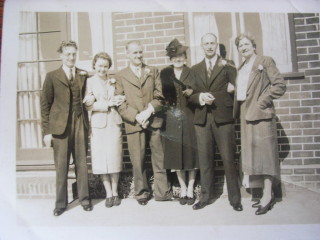 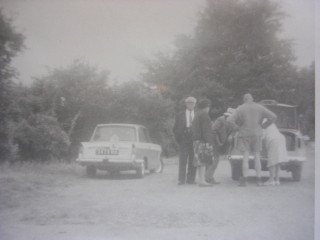 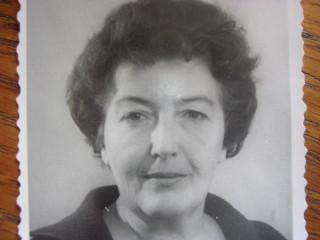 Phyl Gifford as her pupils might remember her
Mark Gifford

I’d like to record my memories of my early years in Letchworth, 41 taxis and my Father, Doug Gifford’s driving school.

My Grandfather Charles Gifford Moved from Reading to 168 Icknield Way, named NORBURY, some years earlier.  He started the taxi firm called “41 taxis”.  It was still quite rare for people to have cars and the service was well used.  The 41 was the phone number to call, presumably the 41st telephone in the town.  Of course you didn’t dial this.  You lifted the receiver and the operator would ask “Number please?” and then she would connect you.  Charles had 6 children, 4 boys and 2 girls.

By the time I came along in the wee hours of 1952, the girls, my Father and one brother were married, leaving 2 bachelors at Norbury to help with the business.  One uncle, Paul, had a small workshop in Commerce Lane where the taxis and other vehicles were repaired and maintained. I’d guess it was about where poundland is now. The other brother, Lloyd, then started a driving school.

Norbury and 22 Bedford road backed onto a field where Icknield Green now is.  There was a footpath which roughly follows the road in the Green and this was used as a thoroughfare to Marmet and Icknield instruments for workers from that side of town.  The Marmet factory hooter was a regular reminder of the time of day.

As a very youngster 3 or so I’d wander across the field to my grandparent’s house with just a precautionary phone call to say I was on my way.  There I would find my Granny bustling preparing dinner for her family and Mrs Chalkley would be cleaning the house.  I still have the “Toby twirl tales” Mrs Chalkley passed on to me.

They had several drivers for the taxis and the uncles would help when they could for pocket money.  I believe my father also drove for them but was a reckless driver.  The car he had was registered with the letters DNK and the family joked that it stood for Damned Near Killed.  One tale I heard was of two ladies who had booked a ride to Letchworth Station to catch the London train.  Missing it by seconds my Father said he would get them to Welwyn to catch the train before it got there, at no extra charge.  He rally drove them Welwyn and despite being there ahead of the train they were too shaken up to get on.

Jack White used to go to Icknield way to wash the cars for extra money.  He would fill a proper 2 gallon galvanised pail and wash the cars.  One day when I was there I kicked the bucket over.  Jack was annoyed but dutifully refilled it, and guess what?  I kicked it over again.  He chased me round the back and met my Granny.   Now being the first male grandchild I was the apple of her eye.  He explained what I’d done and she told him to put the bucket where I couldn’t kick it over!  Then she then took me inside and explained in her very firm way that I shouldn’t do it again.

1 day I was there and asked my granddad why they tied things on lorries and he reached into the sideboard and got out a chess king.  Balancing it on his finger he showed that if it went straight there wasn’t a problem but when it turned the load fell off.  I then asked him about the chess piece and he proceeded to teach me the chess moves.  As far as I can remember that was the only lesson I needed to be the poor chess player I now am.

Uncle Paul would always race me down the garden and back when he was there and he was rubbish as I always beat him.  I’d climb the apple trees in the garden. Clamber up the bank at the front where the ash saplings grew. And all at 4 years old at most. How happy and carefree those days were.

Around this time Grandad sold up having made what must have been a mint.  He bought 4 cottages in a row at St Osyth and I believe another single cottage in the village. He left the house for his son Lloyd to live in.  I wonder what that would be worth at today’s prices.

Lloyd carried on with his driving lessons.  Paul got married and had to get a better paid job and my dad, Doug, got a bit lost in life.  He fancied being a scrap dealer and collected all sorts of stuff waiting for the right price.  Our small bedroom was known as the book room as it was full of, well books. The garage had old furniture and sacks of scrap metal.  Rags were stored in a hay loft in Walsworth.  A local man Taffy Major would often have his horse and cart our drive loading and unloading.  Sometimes he’d unshaft the horse and I’d get a short ride.  What others now have to learn at school I picked up by being around all this and knew about all the pure metals, how to tell bronze and brass from Phosphor bronze etc. He was manger at Adassa Wine near Walsworth crossroads for a while and in the end was just unemployed.  He then started working for Lloyd as a driving instructor and Lloyd lived from the profit my Dad was making.  After a big bust up between them Doug went independent.  Borrowed enough to buy a Morris Minor VMJ 763 and took a lot of the customers with him.  And that was the start of Gifford School of Motoring as its remembered by many in the town.

By 1960 we had one of the first Triumph heralds added to the Morris and my Mother Phyl Gifford began instructing with considerable success.  More Heralds and more part time instructors joined, many from the fire and ambulance service who made extra money when off shift.  Mick Levy, Don Huddle, George Cole, Ken Elford (brother of Vic Elford the rally driver) from Stevenage. Fred Simms from Letchworth. Alan Reece from Hitchin  and Stuart Fisher who at one time had the Clutterbuck photo collection. And Ted Paddon. And Mick Slattery. We even had a company director Johnny Johnson who would do few lessons on Sundays for “fun”.  He’d turn up in his red TR4A and charm us all. And a lovely lady called Chey.  And John Wells from Hitchin.  They would come and go through the day, collect a car, do the lessons, pay in, take their commission (as it was known) and be back days later to repeat.

We also had visiting mechanics to fix the bits of cars that Dad couldn’t fix either due to time or ability. John Edwards from Hitchin Motor works, David Mullen one of the best fun blokes I ever met.  I’d be out there hovering, asking questions, “helping” and learning all the time so that by 14 or 15 I’d be changing clutches, gearboxes, diffs and engines on my own.  Replacing valves and decoking.  I’m still very good at working out what’s wrong with a car by listening and even smelling the exhaust.  The fact that I then need a computer to confirm it irks me no end!

We ended up being distinctive as we used the triumph herald based cars until they were no longer made.  By the last days we were teaching (yes we, as I was by then an ADI and teaching) in 2 litre 6 cylinder Vitesse cars, practically unstallable due to smooth power delivery and the poor handbrake! But the most distinctive part was my father’s bald head with the inevitable 2 paper roll up fag.  He wore his baldness with pride as he’d had his head shaved when in prison for being a conscientious objector during the war.  At school other kids would be boasting about what their dads did in the war and when I asked him he told me about his experiences in prison and now I’m as proud as can be for his strength and principles.  Sometimes it’s tougher to do the right thing.

He was always defending those that couldn’t defend themselves in other ways.  Assisting people to claim for injuries through the courts etc. Helping the blind bloke across the road many evenings (I think his dog was just as good but it showed willing)  Any accidents outside the house he’d be first out to help followed by Rusty Rogers from over the road (another Good Man).