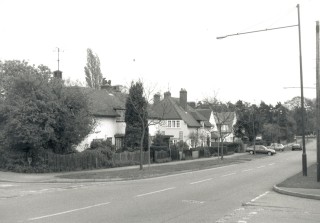 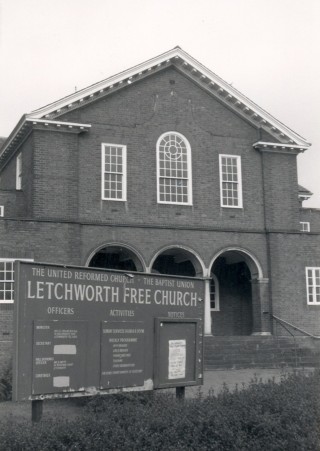 Soon after, Arthur Silver obtained work in Letchworth, the new “First Garden City” as a painter and decorator and the family moved there. They stayed until 1914. They then returned to Bromley.

Arthur Silver went into the army in September 1914 and did not come out until June or July 1920 as he was in the army of occupation in Koblenz, Germany. He was gassed in the war and was never a well man.

Nellie Silver died of a kidney disease in 1918; Mary Phyllis Silver was looked after by relations.

After Arthur Silver left the army, there was a family dispute and Mary Phyllis Silver never had any further contact with her mother’s family.

Arthur Silver obtained work in Austin’s factory in Birmingham. He had a friend, Alice Russell, whom he had known since childhood. He proposed to her by letter and they were married in Northfield, Birmingham in July, 1920. Mary Phyllis knew nothing of the marriage and was only told afterwards. She joined them in August 1920.

Arthur Silver lost his job and after two brief jobs, the family moved to Letchworth in April 1921. They lived in furnished rooms in Glebe Road and stored their furniture in Green’s Warehouse. After this they were given a council house at 190, Pixmore Way at a rent of 10/- a week. They named the house “Bromley.” They cooked by coal stove and had gas lights. Arthur Silver worked as a painter and decorator when he could get work.

Mary Phyllis Silver (known as Phyllis) went to Norton Road School and in November 1921 transferred to Pixmore School, where she learnt to read properly.

The family joined the Free Church, where the minister was the rev. Alexander Kerr. Arthur Silver was a steward and a Sunday School preacher. Much of their social life was centred around the Free Church.

There was much unemployment and Alice Silver (always known as Mrs. Silver) worked as a Char for 9d/3 hours and took in washing.

In May 1926, without the knowledge of Mary Phyllis Silver, her parents obtained a job for Phyllis at J.M. Pent, the book publishers.

There she learnt wiring pamphlets, plating and collating. Phyllis was very upset to learn that she had to leave school as she was at last making progress with her education.

She stayed until March 1931, when she lost her job through the great slump. She then obtained a job at Spirella through a member of the Letchworth Free Church, who was the Welfare Officer at Spirella.

She received 16/- a week. Her duties were lift attendant, tracer for orders, hanging wire bones to dry after they had been oiled in a machine, putting heads and rails on bones and corset lacer.

In 1933 Phyllis’ Stepmother took in her first long-term lodger, William Russell Harris Lowry, who was a Radio Research Engineer from the Post Office Research Station, Dollis Hill, N.W. London. He worked at Baldock Radio Station, a short wave radio receiving station for communications. The incoming signals were very weak and Russell Lowry was involved in designing the receivers.

He and Phyllis got on very well, especially because they had interesting conversations. Although Phyllis had not had much schooling, she was very bright and in later life acknowledged how much Russell had taught her.

They became engaged a year later and married on March 27th 1935 at Letchworth Free Church. They lived in Kingsbury, London NW9 and had a daughter, Katharine Helen Lowry in 1945.

Arthur and Alice Silver continued to live in Letchworth. Arthur was musical and had soprano and tenor voices. He could play the harmonica by ear and when younger played the cornet in the Salvation Army band and did a song and dance routine with tap dancing. He also loved poetry.

Although I was only seven when he died, I remember a happy man with a good sense of humour, who did magic tricks for me.

Alice was in service in Bromley for nineteen years before she married. She worked hard as a housewife and continued to have lodgers to help with the family income. She was good at craft and I have a table cloth edged with her knitted lace.

Arthur was ill for the last seven years of his life, but still kept cheerful; his wife was a wonderful nurse. He died in 1953. His widow continued to live in 190 Pixmore Way for many years, ending her days in an old folks’ home. She died in 1972. Both Arthur and Alice had wonderful support from the Free Church.

They are both buried in Letchworth Cemetery (Plot BH 100.)