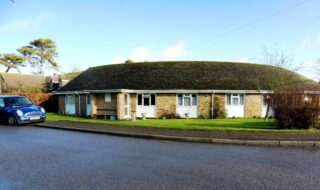 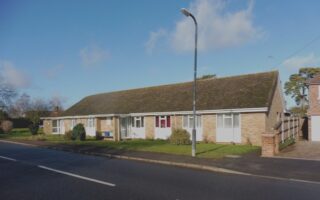 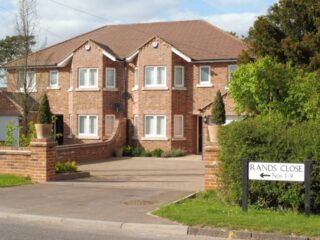 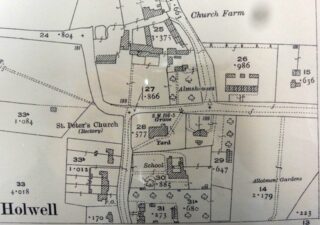 Like Robin Hood and King Arthur, some people attract stories in the absence of information. There are unsubstantiated stories that John Rand visited his birth town of Holwell disguised as a tramp so he could look around anonymously, or that he was found dead in a ditch, again dressed as a tramp.  There is even a story that a tramp’s body was moved across the parish boundary so the other parish would have to bear the burial costs.

It seems Thomas Rand was baptized in 1644, but may have changed his name to John. His parents, brother and sister died when he was just eight years old. He describes himself in his will as being weak in body but sound in mind, as a citizen and joyner of London and that he was born in Holwell. As he died in 1706, his adult life was spent in the later Stuart era. Most sources say it is not known where he is buried, but in his will he wished to be buried with his late wife in St Michael Royal church in London. There is a church record that he was buried in the family vault at St Martin Vintry (the same church as Sir Richard Whittington) on 18th December 1706. The contradiction is explained as St Martin’s Vintry was destroyed in the 1666 fire of London, and the parish linked with St Michael Royal. The graveyard no longer exists; it was sacrificed for Whittington Garden in the 1960s.

Just to confuse the issue, his will notes a brother Thomas, and he had a son called John.

One paragraph in his will led to inter-parish disputes just over 30 years after Rand’s death. Should the Holwell Overseers not perform their duties properly, the legacy would devolve to Ickleford. Pirton and Lower Stondon claimed some part of the legacy as they had at times been linked with Holwell. The matter was resolved at law, each parish having some share. Documents stored at HALS can provide the details.

In 1830 a petition for permission to build almshouses was presented to the Lord Chancellor. This of course was over a century after Rand’s death. They were built in 1832 at a total cost of £1022 18s 10d. In 1885 one new house was added at each end of the terrace at a cost of £500, making ten almshouses in all. A photo of the two storey terrace can be found in Holwell Millenium 2. Note the almshouses must not be confused with Rand’s Cottages, which were built for labourers.

In 1935 almshouses for 2 people were obtained next to the existing almshouses – these are presumably what are now known as 1 – 2 Rands Close, but sources do describe them as cottages.

Although repairs had been made to the houses, by 1968 the structure was regarded as unsuitable for elderly people and was verging on dangerous. The decision was made to rebuild. Over the period of a few years the number of residents was reduced. The 5 remaining residents were temporarily rehomed by Hitchin RDC. The following day the buildings were demolished, and a row of bungalows built at the estimated cost of £25000 in 1971.

The charity is still active. The aims are the provision and maintenance of almshouses for poor men or women of good character of the age of 60 years and upwards (except widows who are required to be more than 50 years) who have resided in the beneficial area for three years preceding their appointment.

The Housing Care website records the facilities as at 2000. They consist of nine 1 bedroom bungalows built in 1935. There is a community alarm service, and gardens. Both cats & dogs are generally accepted. The charity caters for people who have resided in the Parish of Holwell for the last 3 years.  The age limit is 60 years old, except for widows who can be accepted from the age of 50.

The Charity is registered with the Almshouse Association and the Charity Commission ref 241658.

As Holwell was for some time part of Bedfordshire, it is possible that further information can be found in Bedfordshire records.

End of an era in Holwell, by Arthur H Baines
Article in Hertfordshire Countryside vol 26 November 1971 part 151 page 39
Records the building in progress.

Pirton St Mary Parish Magazine pp 18-19
Dec 2005 / Jan 2006
Describes some of the almshouse history. Includes photo of the cottages, not the almshouses.  Most of the information is the same as the Holwell Millenium article.

Documents held at HALS (not examined for this article)

DE/Ha/B2116
1881
Charity Commission’s approved scheme for the administration of the foundation known as Rand’s Charity in the parish of Holwell, Bedfordshire

DE/Ha/B2118
1924
Charity Commission’s approved scheme for the regulation of Rand’s Eleemosynary Charity in the parish of Holwell, Hertfordshire

http://www.genuki.org.uk/big/eng/BDF/Holwell/ has some further useful links