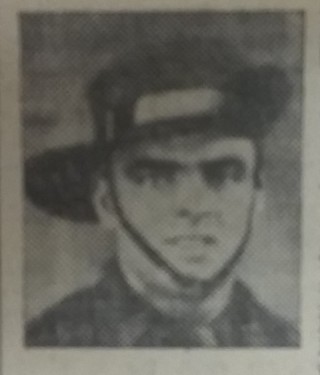 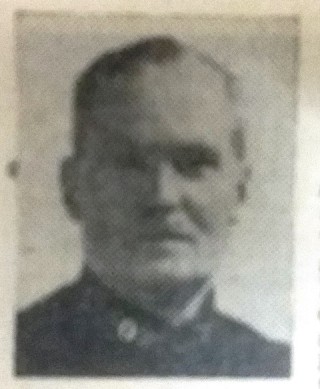 This crash happened at 10.07 pm on Sunday 10 February 1946 and involved 1,075 passengers, of which eleven were slightly injured but two were killed. Three trains were involved in the crash.

The first train, the 9.32pm suburban train travelling from Hatfield to Kings Cross was running several minutes late and ran into the buffers at the north end of Potters Bar station. The coaches of this train were thrown across both the up and down lines of the track.

The 9.45pm express train, travelling from Kings Cross to Newcastle then smashed in to the wreckage.

The third train, the 5pm from Bradford travelling in to London, had been slowed down with danger signals, but it was derailed when it hit the wreckage.

Main line trains had to be diverted via Hertford North, gangs of workman with huge cranes worked to clear the line and by the Tuesday evening the trains were running normally.

The injured were treated in a make shift first aid room in the waiting-room at Potters Bar station, they were then taken to the Cottage Hospital in Potters Bar.

The two passengers that were killed were both soldiers, Corporal Herbert William Whitelam of the Royal Engineers, of 82, Moffatts Lane, Brookmans Park and Lance Corporal Samuel Walter Pearce of the Beds and Herts Regiment, of 7 Pooleys Lane, North Mimms.

Lance Corporal Pearce was to have been demobilized on Sunday. A native of Little Heath, he moved to Pooleys Lane, North Mimms after he married in 1938. He joined the Beds and Herts Regiment in 1940 and was posted overseas in August 1941. Pearce, fought in the Middle east before he was sent to the Far East, where he joined Wingate’s Chindits and fought with them in the Burma campaign, returning to England in June 1945. Before the war he was employed with Messrs. Billing and Howard, coal merchants and was well known as a footballer at Little Heath, he was aged 30 and leaves a wife and two children, his funeral took place at North Mimms.

Mr G T Baines of 71 Guessens Road Welwyn Garden City, acted promptly, on seeing that the local train was going to crash into the buffer stops, Mr Baines placed all the signals at danger and against the two expresses, which were approaching from both directions.

His prompt action slowed down the Bradford-Kings Cross train, which otherwise would have just plunged into the wreckage. The signal, however was just to late to stop it clear of the crash.

Unfortunately, the Kings cross to Edinburgh express was already past the distance signal and it was too late to prevent it from crashing into the derailed local train.

Mr Baines said “there was a crunching sound of broken wood, I immediately informed the District Superintendent.

Mr Baines has been a signalman for thirty years, and has been at Potters Bar since 1941. He had previously been in a signal box at Knebworth and Brookmans Park. He is aged 55 and a Yorkshireman residing in the Garden City for seven years, he has a wife and four children.

Another mention should go to Mrs Florence May Haden who was the guard of the Hatfield train, at the inquiry that was held in London, Colonel Sir Alan Mount said “you have the satisfaction of knowing that your red light was seen by the driver of the up train” The inquiry also reported that the Hatfield train was completely wrecked when it ran into the dead-end stop at the north end of Potters Bar station.

The dead-end stop was pushed back 26 feet by the force of the collision. The first and second carriages were across the up and down main lines.

The fireman of the Kings Cross-Edinburgh express, Edgar Hardsley said he was thrown across the track when the engine hit something. At the time their speed was at least 45 MPH.

Guard J W Chappell, who was in the Bradford-Kings Cross train said that as they approached Potters Bar there was a sharp application of the brakes, the train was still moving when the collision occurred.

The fireman of this train was 18 year old George Simms of Peterborough. He said he saw a red light swinging from side to side and shouted to his driver to stop. Almost at the same time the signal went to red, his driver put the brakes full on and reversed the engine, but they were still moving forward when they hit the other train.

After the inquiry the following was reported:

“The LNER expresses thanks to all persons who kindly supplied tea and refreshments to the injured, and others involved. This willing and ready response in a case of need, it is stated, is very much appreciated by the company”.