You are here: Home>Herts history>Places>Almshouses>Redbourn Missionary Trust or Pilgrims' Friend 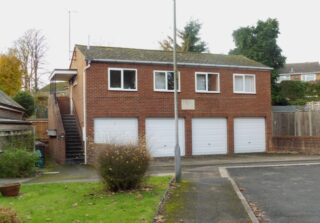 The flats at the end of Hardy Close. Nov 2016
Colin Wilson 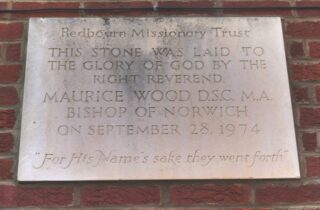 The dedication stone on the flats. Nov 2016
Colin Wilson 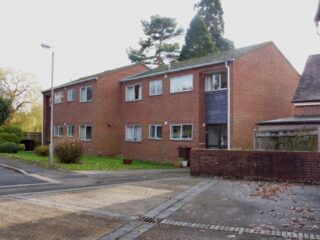 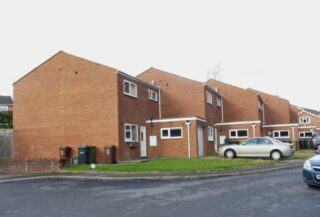 The houses in Hardy Close, available for missionaries on leave. Nov 2016
Colin Wilson

These properties at Redbourn look like any housing development of the 1970s, the only obvious sign of their use being the dedication stone above the garages. This gives an opening date of 1974. The five houses along the road were for missionaries on leave. The four flats at the end of the road were what would be the almshouses section, for retired missionaries.

The Redbourn Missionary Trust was originally formed in 1967 to provide homes for missionaries and their families on furlough, and retirement flats for retired missionaries. In 2016 it was amalgamated with the Pilgrims’ Friend Society, a nationwide organization which can cater for about 500 people and claims to have its roots as far back as 1807. Its objects are ‘the advancement of the Christian Faith and the relief of poverty, sickness, disablement, old age and infirmity to the glory of God’, with a focus on members of the Protestant branch of the Christian faith. As at March 2022 the Society operated 11 residential care homes along with 3 housing schemes for the elderly and 1 for missionaries on furlough.

Most of the Charity’s income comes from fees charged to residents of its homes and by charges for its housing (the investment properties). The Renewal Programme will be funded by borrowing, social investment, the sale of some property assets and donations.

The Redbourn Missionary Trust was registered with the Charity Commission ref 267130, but was removed in 2016 as it amalgamated with the Pilgrims’ Friend Society, ref 1045920, registered in 1995. It is not affiliated to the Almshouse Association.

The 2019 accounts record that the former Redbourn Missionary Houses were transferred to an investment portfolio managed by Rathbones, hence let to third parties so any use as almshouses would not then apply.

Whether this can be classified as almshouse provision between 1974 and 2019 can be debated, but the Housing Care website did refer to it as such in 2017.

http://www.housingcare.org/housing-care/facility-info-159830-redbourn-missionary-trust-st-albans-england.aspx. Site accessed 2017 but not valid in 2022