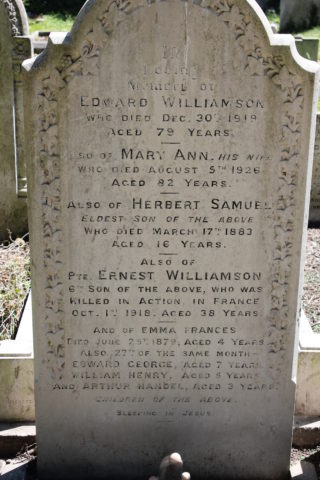 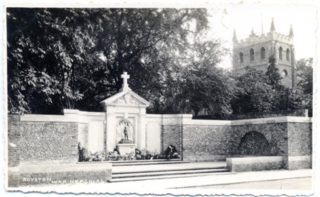 In his report the Medical Officer recommends ‘the immediate breaking up of all the schools at Royston, at Foxton, and at Thriplow.’

It starts with a sore throat, headache, fever, nausea and vomiting. Within a day a rash develops on the stomach or chest and spreads over the whole body. The cheeks of infected children flush red, their lips grow pallid and a white coating appears on the tongue. Some develop rheumatic fever or pneumonia.

The whole country is in the grip of a pandemic which started more than thirty years earlier. Nobody counts how many people fall ill, but it is in the hundreds of thousands.

Epidemic follows epidemic and during the peak years of each epidemic over 25,000 people die. Most are children under six years of age.

The disease is known simply as Scarlet Fever. Nowadays, the importance of hand-washing would be stressed and you would be prescribed a course of antibiotics. In July 1879 there is no such thing.

The Herts & Cambs Reporter & Royston Crow reports that the current outbreak started at the small settlement of Wicker Hall on the lane from Royston to Therfield. While the Board of Guardians decide what action to take next, the Medical Officer has directed Mr Bickley, the Inspector of Nuisances, to ensure all children from Wicker Hall are excluded from school and are isolated at home, even if their neighbours object.

An important part of Mr Bickley’s job is ensuring that every contaminated household is supplied with disinfectant from the Workhouse’s store. The new cottage hospital will not take such cases, instead they must be treated in the ‘Infectious Ward’ of the infirmary at the imposing workhouse opposite the heath. Within a month several other children are being admitted into the Infirmary from Reed End (‘the girl Anderson’), Thriplow (Rachel Stockbridge) and Foxton (Sidney Impey).

On 25 July a family of seven are admitted from Melbourn. The mother, Mary Ann Williamson, is admitted on the very same day that her 4 year-old daughter Emma dies. Her children – Annie (11), Ada (9), Edward (8), William (5), Arthur (3), John (just 9 months old) – all have the deadly fever. The Workhouse Master reports, ‘The mother had sent for her sister and she came with them to the Infirmary, and he did not know what they should have done for nursing, if she had not…On the 27th (Friday last) the three boys aged eight, five and three respectively, all died within about three hours, and as one [Emma] had died before it made four deaths in the same family within three days. Since then the elder boy, Herbert Samuel Williamson, had been admitted with the same disease.’

J Goodridge Anderson, the local Medical Officer of Health, is certain of the root of the outbreak. Although he does not attend himself, he submits a written report to the Royston Rural Sanitary Authority. ‘In the Royston and Melbourn cases there is little doubt that the source of contagion was the school at Royston, attended by the children attacked as well as by the children from Wicker Hall.’ It also appears that a chimney-sweep from Thriplow called William Stockbridge is unwittingly spreading the disease as he travels from village to village. His daughter, Rachael, is convalescing in the Infirmary. The Sanitary Authority splits over the proposals to close the school. There is indignation that Anderson is not there to explain his case. John Phillips argues that ‘if the children were allowed to be about the streets instead of at school it would be more likely to spread the disease than keeping the school open would’. When the Chairman casts the deciding vote it is decided the school will not shut until after a special meeting when Anderson will present his case. That meeting decides to close the schools, but in his editorial Alfred Kingston (writing under the nom-de-plume Corvus Cornix) complains in the Royston Crow that this will be bad for trade and gave the false impression ‘that the fever was generally prevalent in the town instead of being practically confined to two or three cottages.’ The school reopens the following week and, being seasonal, the disease gradually wanes. That winter, cases rise again and – most worryingly – the Royston schoolmistress has to be admitted to the Infirmary.

Scarred by the loss of four of her children, Mary Ann Williamson survives. In 1881 there is a new arrival at the Williamsons’ cottage. She and her bootmaker husband name the boy Ernest. At Windmill Lane he joins the survivors – Annie, Ada, and John – and an elder brother Herbert who at fourteen is working as a gardener. Herbert does not last another two years. By 1901 the Williamsons have moved to Mill Road in Royston. Ernest marries a Yorkshire lass called Elizabeth that year and starts a new life as a house painter, further up Mill Road in Huntingdon Terrace. By 1911 he has two sons and two daughters of his own. Thanks to better nutrition infant mortality from Scarlet Fever is much abated. He enlists in the 2nd Battalion of the Suffolk Regiment in 1915 and by 1918 has added two more children to the family tally. On 11 October 1918 the Cambridge Independent Press carries this news:

‘Mrs. [Elizabeth] Williamson has received unofficial intimation that her husband, Pte. Ernest Williamson, was killed in action in France last week. The letter bearing the sad news was sent by a man who lived at Factory Cottages. Pte. Williamson had previously been injured in France, and the use of his right arm destroyed, but at the end of June he was sent out again.’

His mother Mary Anne sees his name chiselled into the new War Memorial in 1922. She has outlived her husband and six of her children. She has also taken her loss and reshaped it into something positive. In late middle-age she has become one of the first ever certified midwives.

She has survived the pandemic.

Why this article?
It was seeded when I visited the non-conformist cemetery in Royston and quite by chance came across the Williamson family’s extraordinary headstone. So many young deaths in such a short time-span set me off on a quest to find out what had happened…as I discovered more, the Williamsons’ story became especially poignant as both my children had Scarlet Fever when very young. Thank God (and medical advances), they both survived.

Want to read more?
For more details of Ernest’s war service visit the ‘What Royston Did webpage.
For information on the Thriplow chimney-sweep William Stockbridge visit ‘Massacre in Larkland’ (also written and researched by Graham Palmer) on this website.