She served as a Nurse in Egypt during WW1 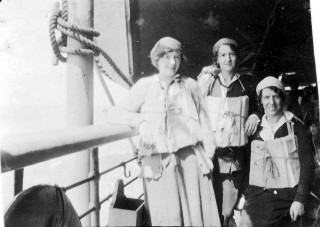 On board the MALWA 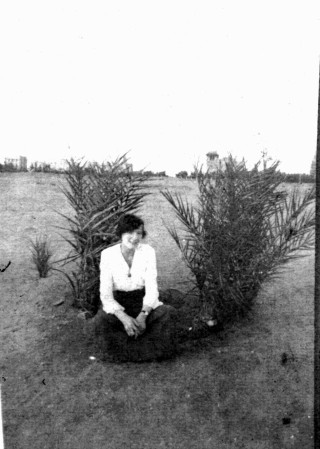 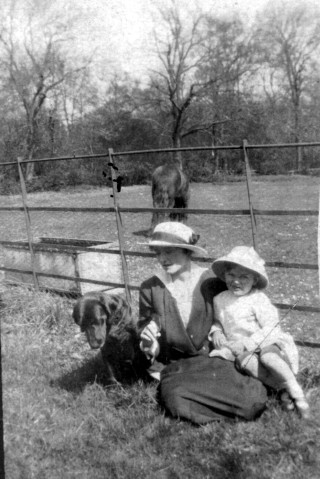 These photographs were among several of the same young woman in my late father’s photo-album. She is clearly a member of our family but unfortunately is not named in the captions on the reverse of the prints. She is one of the three in the photograph on board the MALWA on route to Heliopolis in Egypt where these nurses tended to the wounded ANZACS brought from the Dardanelles.

She is pictured seated outside Cairo in the second photograph.

The third photograph was presumably taken after the war and shows her in Batch Wood, St Albans with her young daughter or son and dog.

I would be so pleased if any other family recognizes anyone in these pictures.