You are here: Home>Herts history>Topics>The Civil War>Fighting with Food: St Albans in the English Civil War

Fighting with Food: St Albans in the English Civil War 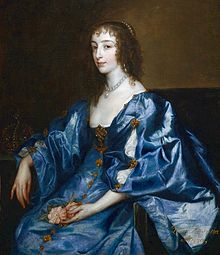 Since the Middle Ages, Pope ladies (a type of yeast-based bun) have been eaten on New Years’ Day in St Albans. These buns are shaped to look like figures consisting of a body, head, two arms but no legs. They are unique to St Albans and have been closely linked with the Virgin Mary and the Roman Catholic religion. Their true origins remain a mystery.

Throughout the English Civil Wars, St Albans was a Parliamentary stronghold. A Parliamentary garrison was stationed at St Albans from 1442 onwards. The town was put into a permanent state of defence. In fact, St Albans was of crucial strategic importance to Parliament as commanders ranging from the Earl of Essex to Sir Thomas Fairfax used it as their headquarters. Does this mean that St Albans supported Parliament? Where did the loyalties of the population lie?

The simple answer is: we don’t know. In 1649, the townspeople incited the soldiers of the garrison to mutiny and there were riots in consequence. This could be perceived as a demonstration of loyalty to King Charles who was executed that year, but as he had been beheaded five months earlier this is unlikely. More probable is the inevitable tension between civilians and a garrison that drained the town’s resources and could become a source of drunk and disorderly behaviour.

However, the ancient St Albans tradition of Pope ladies potentially took on a whole new meaning during the civil war. Not only were they associated with Catholicism, they could also symbolise the devoutly Roman Catholic wife of Charles I, Henrietta Maria. There was no attempt by Parliament to suppress the eating of Pope ladies. Was the eating of Pope ladies an act of defiance against Parliament or a protest against being involved in a war that they’d had forced upon them? Was it an example of completely innocent behaviour? What do you think is the answer?

This article was written using information from the Victoria County History of Hertfordshire.