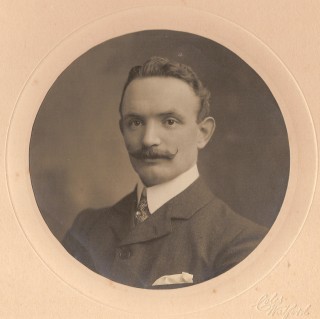 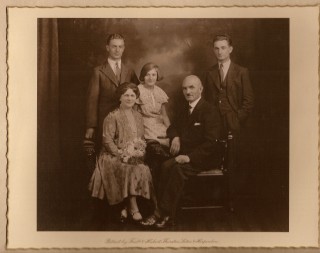 Harry Carrington with his wife and three children, Walter, Beyrl and Harry, known as Bob, my grandfather 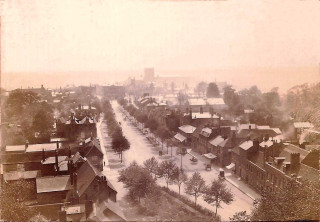 The St Albans he fell in love with 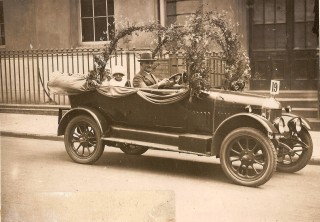 Harry Carrington with his daughter Beryl in his Morris

Chief reporter of the Herts Advertiser

It is 114 years ago since my great-grandfather Harry Benjamin Carrington came to St Albans to become chief reporter of the Herts Advertiser, subsequently editor, and fell in love with the city over the next 50 years, piloting the newspaper through two world wars. There had been earlier negotiations between the Herts Advertiser editor, then Mr H. J. Whittick, and Harry Carrington, but he had been turned down because of his “lack of knowledge of the game of association football”, but by Jan 4, 1896, the difficulties had been ironed out and the telegram came: ”Come for interview on Tuesday”, followed by a letter from Mr Earnest Gibbs, proprietor, saying: “ Providing your references are satisfactory I have pleasure in engaging you for the St Albans post. I think you understand the duties and the salary is 35 shillings”, and he was again reminded to “Lose no opportunity to study the game of association football”.

He had started his career on the Ipswich Journal, where he trained as both compositor and journalist and then went to the Staffordshire Chronicle for three years. He spoke of his arrival in St Albans on a dark January morning and said that one look at Victoria street left him feeling he had made a big mistake, but the first glimpse of St Peters Street “with its picturesque gabled houses with moss tiled roofs, its splendid avenue of lime trees, and scarlet-coated huntsmen with their pack of foxhounds, was all a real joy to the artistic senses”.

When Harry came to St Albans  the population was 15,000, and he saw the building of St Saviour’s, St Paul’s, and St John’s Churches; Trinity Congregational Church, Marlborough Road and Boundary Road Methodist churches, Gospel Hall, Lattimore Road, and Friends Meeting House, and many new schools. “Green fields through which I used to wander are now covered by houses and factories and many new roads have been constructed”, he said.

The provision of the public library by Andrew Carnegie, erection of the swimming baths, provision of Verulam and Batchwood golf courses, and the opening of Verulamium Roman settlement also happened during that period. “The people of St Albans have cause to be grateful to those men and women who, as workers for the common good, have left a rich heritage of amenities in the city”, he said.

He packed a busy social life into his journalistic career, and in the early days belonged to St Peters Church choir (as did I and my father), was an after-dinner singer, and took part in operatic shows. But after his marriage in 1905 he always devoted Friday afternoon to family educational events, – trips out in the bull-nosed Morris; to Luton or Watford to see fellow journalists; country walks or simply to “look at something”. He took a great interest in Dr Barnardo’s homes, and the Lifeboat Institution, and was a churchwarden at St Peters Church. Almost every good cause found his ear, so he was very proud of the fact that the Herts Advertiser Santa Claus Fund, started during the depression of the 20’s, raised enough money to help over 10,000 local poor children with gifts of clothing and toys, stage parties, and provide about 5,500 pairs of boots and shoes over the ten years it was running.

Before he died in 1951, he greatly enjoyed his last two “public” engagements: he was asked to receive a new lifeboat to be called “St Albans”, when it arrived from the builders in Cowes to its station at New Quay, Wales. The weather was dreadful so its arrival was delayed, but he had a lovely time, and met in London by the family on his return, came back with a case full of Welsh cream cakes, a luxury in those days. He was publicity officer for the 1948 Millenary Pageant, and was very satisfied with his efforts to get the event publicised all over the world, and to take part in the crowning event – the last night attended by Queen Elizabeth the Queen Mother, Then Queen.