How much is it worth? 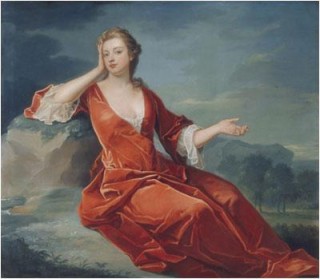 Before Members of Parliament earned a salary entering the political scene was not a career path for anyone except those with a private income.  However, once at Westminster the opportunity for lucrative posts and the potential for advancement within the government made the prospect of entering the political fray a very attractive one.[1] It was certainly an activity worth the investment of time and money. For some candidates it was also worth bending the rules to legal limits and beyond.

In the ancient borough of St Albans in the 1700s would be MPs and their supporters  not only bent the rules they turned them inside out and tied them with a big bow.  They took the art of bribery to a new level and the presence of one of the most influential women in the country only made the atmosphere at election time more suspect.

In the 1700s electing a new MP could also prove quite profitable for freemen and those who were entitled to vote (and for others who weren’t).  The first election of the century saw one candidate, John Gape, claim through a parliamentary petition that his opponent, Lomax, had been elected by men who had no right to vote.  Indeed, even his opponent’s counsel agreed that if you discounted the illegal voters there was no argument about the numbers and Gape had won.  But they had a counter argument up their sleeves.  They claimed that this majority had been ‘bought’ and introduced several St Albans inhabitants as witnesses who admitted to receiving bribes and ‘hospitality’. One voter received five shillings, another was promised whatever he was asked ‘in reason’.[2]  The potential value of five shillings in 1700 could be as much as £800 in today’s money.[3] One voter was threatened that he would not receive payment for a gun unless he voted for Gape.  Another voter admitted freely that on receipt of 10 shillings (c. £1600) from the borough charity fund he voted for Gape and wouldn’t have done otherwise, an interesting comment given that he actually had no legal right to go to the poll.

The hospitality element was even more significant with a forty shilling bill for drink being underwritten twice by the petitioning candidate, potentially worth some £8,000 in today’s money. Despite this extravagant outlay there appeared to be some integrity because ‘some voted for one party and some for another’ hopefully without financial incentive.[4] However, too often this was not the case with the list of abuses from one election alone is mind-boggling. The cost can be calculated to be somewhere between £274, 300 and £336,400.00 in today’s money – all for an electorate of 1168 voters, legal or illegal.

The problems associated with elections did not end at bribery. Gape’s opponent at this elction, Joshua Lomax seems to have attracted a particularly rough element as supporters.  One clergyman who ventured to speak for Gape was threatened with violence by the mob claiming that he was genuinely frightened that they would ‘pull off his gown in the streets’.  The mob also threatened the mayor ‘in case he returned Mr Gape’.  They even went so far as to pin up a scurrilous doggerel:

If you return Lomax we’ll be still as a mouse

If you return Gape, then down comes your house

The outcome of this was that the Commons Committee decided that neither of these candidates deserved to be returned as MPs and the election was declared null and void.

The disputes continued to the next election in 1705.  As was now becoming the norm the unsuccessful candidate, Henry Pettigrew, claimed that the Mayor had returned his rival, John Gape again, using ‘several illegal practices’ and had refused to allow legitimate freemen to exercise their right to vote. The House of Commons committee was told that Gape and his associates, including the Town Clerk, had used ‘bribery, threats and other unlawful means’.  It was also claimed that some 150 to 200 men held a riotous meeting behind closed doors to claim their suffrage from the mayor. Some of them could legally vote and some couldn’t but he denied them all because they refused to vote for Gape.  Despite the Mayor being fined for this misdemeanour further corruption followed. The bribery took many forms: one voter bargained his vote for a lucrative job in the Excise office; another demanded a guinea; money changed hands at an alarming rate some as a blatantly straightforward cash transaction. Even for those who did not sell their vote the electorate expected plenty of alcoholic encouragement. The candidates’ agents resorted to the lowest of tricks: one woman was offered a coat for her child if her husband voted the right way.  On finding that the husband had not voted in the prescribed way, the coat was taken back.

St Albans elections were made more exciting than usual by the presence of the Duchess of Marlborough, who had an estate nearby and whose brother-in-law  George Churchill was one of the sitting MPs.  The Duchess, wife of the all-conquering General, the Duke of Marlborough, Whig and best friend of Queen Anne, made a habit of coming down and using her powerful position to canvass for votes.  For some voters she used gentle persuasion; for others there were veiled threats that the mob would ‘have his goods taken out of his shop and tore’. For other sympathetic voters she promised good jobs. Wary of the fall-out of such interference her husband, the Duke, begged her not to ‘be at St Albans neither before nor at the election, fearing you might meet with some insult’[5]

He was right to warn her to steer clear of elections.  Whenever she interfered with the electoral process the newspapers had a field day. At one point she was accused of sending a ‘letter to the Mayor of St Albans to influence that Election’[6] Another newspaper claimed that a ‘Great Lady has given express Commands to her Servants, and all her agents there [St Albans] to influence the Electors of that Borough to give their votes for Mr Lomax … in opposition to Mr Gape’[7] This advice was ignored and there were reports of her claiming that the Queen did not want men like Gape to be returned to Parliament.

After the 1714 election the disgruntled losing candidates accused her of instructing the mayor to ‘hold a court … when expresses were sent to several Towns and Counties, giving notice that if any persons were inclin’d to vote for the now sitting members, and would repair to the Town Hall … they should be made free gratis’.  More than 200 men turned up from counties as far afield as Surrey, Oxford and Northampton.  When the candidates ‘put him in mind of his Oath’ the mayor replied that ‘I know what I have done is wrong and unjust. I am really sorry for it and ashamed of it.  Nevertheless I must go on to make foreigners free men and poll them being under the command of a great lady to do it.  I am in hopes there will be a Tory Parliament that will bear me out; and she has promised to defend me and bring me off if I am called to account’[8]

This has been a snapshot of the abuses prevalent in voting in St Albans in the early 18th century.  Alas this was a practice that continued well into the next century as can be seen elsewhere on the Herts Memories site.[9]

[1] Many Members of Parliament had posts in the administration. The numbers of MPs who were “placemen,” grew from about a quarter to over a third of the Commons during the early eighteenth century. W. Speck The structure of British politics in the

[2] Timothy Cunningham, An Historical Account of the rights of elections …

[4] Timothy Cunningham, An Historical Account of the rights of election …