Staff at the Odeon 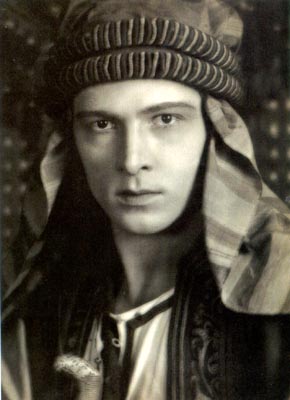 Usherettes were both adored and feared by audiences; they would patrol the aisles – and the back row – with torches, and at the interval would appear with trays and cries of  ‘chocolates, ices, cigarettes, lemonade’. It was ha’penny for an ice lolly in 1952.

My secret ambition was to be the usherette that sold the ice cream. She used to walk down the steps, she never fell, she knew exactly how she was going, spotlight on her, hat, uniform, looking really glamorous, you know. I’d think oh I’d love to be the usherette. She was sort of floodlit from the chest upwards. When you met her outside, she had so much make up on, she was older than my mum. But of course she looked so beautiful in the spotlight, to a child.

Gloria Morris
I was terrified of the usherettes when I was a child because they had the power to throw you out if they thought you were misbehaving. I was more afraid of them than of Goering!

Bernard Penny
I loved my uniform.  It was green, quite smart, not too long, it was quite trendy, and it had braid, the gold braid, and gold buttons on. And a nice big torch.

Connie Kentsley, former usherette
I was an usherette in the 1960s. In those days, it was still something special, being an usherette – you had a lovely uniform and you got to stand in the light. Mind, you also had to go along the back rows with a torch to make sure there was nothing naughty going on. . . that was the least popular part of the job!

Betty
I met my wife there. She was an usherette, and I liked the look of her from the minute I went into the cinema. I worked in pubs, and it was where I spent my afternoons in between the lunchtime and evening shifts so this one afternoon matinee I clapped eyes on her and laid the chat on her. Forty years we were married, until she sadly passed away four years ago. She would be happy to think the cinema was coming back I think.

Malcolm
In 1951, when I worked there, the ice cream girls had their own spotlight. We called it our ‘Spotlight on Charm’! It was our big moment when the lights shone on us. It was a lovely job.

My grandmother used to be a cleaner at the Odeon in the 60s. She would take me with her to work with her. Myself and another girl there with her mum used to race up and down the aisles looking for coins that people had dropped in the dark.

Another odd occasion was when I came down the stairs to go and see a film at one of the new screens.  Just before I reached the bottom step, an Arab sheik came running up, lifted me into both his arms and whisked me off into one of the projection rooms. I was lost for words and sadly can’t now recall if I was then kissed.

I have no idea why the projectionist would have been dressed like Rudolph Valentino. It may have been a promotion around the time of the release of Ken Russell’s 1977 film biopic ‘Valentino’.  In any case, if ‘MYValentino’ is still out there, or anyone knows who he was, I would love to know what the heck was going on!

G H J D was a pioneer of the Victorian film industry and lived in Ridgemont Road, St Albans with his wife and family. In 1900 he entered into a business partnership with Messrs J D Walker and E G Turner to form Walturdaw, which was to become a leading cinema film distributor and later producer and cinematographic equipment supplier.

By 1911 GHJD had left Walturdaw and started his own cinema chain ‘Cinema Halles Ltd’.

In 1911 he bought the St Albans Polycinema, following Arthur Melbourne-Cooper’s insolvency in 1911, running it (and several other provincial cinemas, some presumably acquired also from the demise of Melbourne-Cooper’s St Albans Picture Palaces Ltd) with his wife Ellen, three sons and two daughters Phyllis and Marjorie until the arrival of the talkies in 1926 when he too lost his company due to financial problems.

My grandmother and her sister (and doubtless his sons too – must ask my mother!) had an active role in the cinema, my grandmother collecting monies and issuing tickets at the door, and my great aunt who was an accomplished pianist, accompanied the film playing appropriate music for the mood of the then silent movies.

I can well remember my great aunt Marjorie giving a verbal and physical rendition of herself playing the piano, with versions of the relevant music for cowboys and Indians chases, or romantic or dramatic scenes etc.

I can also specifically remember her relating the tale of when a Zeppelin flew over St Albans during WW1 and the audience and staff her rushed outside to see this vast silver ship glimmering in the moonlight as it flew overhead.

The cinema also hosted tea dances, and it was at one of these that Phyllis met my grandfather Harold H Hole, and they later married. He went on to join Mercer’s accountants ( forming the partnership Mercer & Hole which still thrives in London Road today); serving on the town council for many years, as well as active roles in companies like Heath and Heather which followed from Ryders Seeds (I met Samuel Ryder’s daughter Joan at my grandfather’s funeral). He and my grandmother were both keen motorcyclists too, and members of the St Albans motorcycle club of the 1920s – but that’s another story.

Met my wife there and we went together often in the 1950s. It was always the same receptionist, she never aged!

Anon
In the 1950s I was a cashier there. We had a not very glamorous uniform, not like the usherettes but it was a lovely job for a part time girl like myself, my husband didn’t mind me doing it although he did say tell the projectors to keep their hands off you – he didn’t mean the projecters he meant the men! We had a good laugh while the films were on, except my least favourite thing was missing out on seeing the films sometimes as I loved the movies, romances, brief encounters, all that sort of thing. We did see all sorts go on, if you weren’t busy up the front you might have to go and stand in the auditorium, I once had to get the manager to throw a couple out as they were partially undressed. Of course this was in the back row. Mostly people were well behaved but not the kids club, they were terrible really.

I expect that most people have had the sensation of being watched at one time or another, but at St Albans Odeon, this phenomenon had decidedly nasty overtones.

When I started there as a trainee, the Chief told me never to go down to the boiler house alone. If I wasn’t on duty with him, he always took one of the floor staff along. He said this was in case of accidents; if you fell down the steps you could lie there for hours, or at least, until someone noticed the film hadn’t started. This seemed perfectly reasonable to me, and I had no reason to think of any other reason why you might not want to go there alone, until one day after I had gone on shift and there was no-one about who could be spared. I did what I considered the next best thing; told them where I was going, and how long I would be, then set off.

Now to get to the boiler house you had to walk down the side of Odeon Three, through an exit way, then across the back of the stage and down some steps. I never much liked going across the stage; it was dark, and my over-active imagination led me to think about all the things that might be lurking up there above the screen frame, waiting to pounce. But that wasn’t where it happened.

I’d done what I needed to do and was on my way back up the exit way when I had the unpleasant feeling of being watched. I could feel eyes boring into the back of my neck; two points of intense, malevolent heat, and all I wanted to do was to run and just get out of there. When I did my heart was pounding.

Asking around after this, I found that the floor staff hated going up that exit way to put the chains on the door last thing at night – they tossed a coin to decide who had to do this. And the manager’s dog always refused to go into Odeon Three.

I only ever went up there alone a few times while I worked at St Albans. Each time I dreaded it. Others (including the Chief) had experienced the same phenomenon, but we could find no explanation as to why – as far as we knew, nothing untoward had ever happened on the site since the cinema had been built in the 1920s.

I think the nicest thing about cinemas in those days was that you had a manager who was beautifully dressed and stood outside always to see you all in, until the show started.

The Staff in General

It was important that the manager and the cinema staff reflected the attitude of people in St Albans. They had to look and be beyond reproach in the way they dressed and held themselves. The commissionaires, for instance, had to have done over twenty years in the Forces to have the job. They wore their medals and lanyards on their shoulders, as did the senior usherettes, denoting their rank.  They were representatives of the people, really.