Memories of an archaeological dig 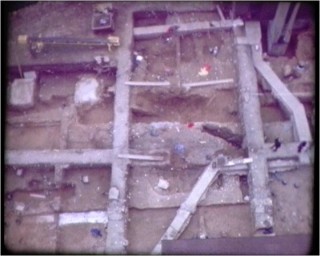 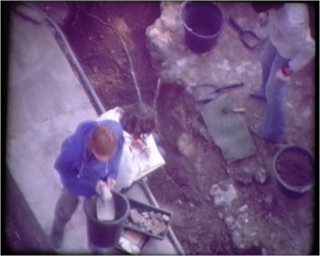 In the summer of 1978, I was a lowly member of the archaeological team that excavated at St Albans Cathedral. We were digging on the site of the long-demolished Norman chapter house, where a new chapter house would soon be built.

It was a controversial project: modern architecture attached to an ancient abbey; disturbing the graves of dead monks. Two memories: interminable days with pick, shovel, brush and trowel removing the Victorian drive that ran across the site into the Deanery. And a woman (wearing a hat?) at the wire fence that surrounded us, invoking the spirit of that most eminent of archaeologists as we edged down to the medieval floor and stone coffins: ‘Sir Mortimer Wheeler’, she yelled, ‘will be turning in his grave’.