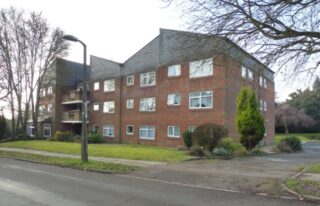 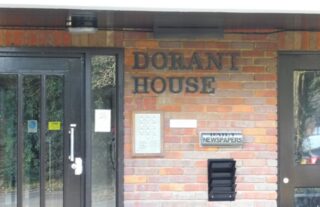 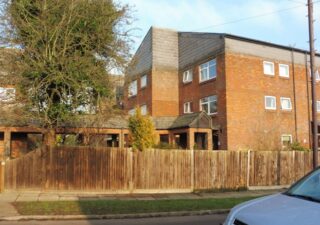 It’s a three storey red brick block of flats in a residential area, so you’d be forgiven for not taking a second look. The name on the side is no different from what you’d find on other blocks.

Lionel Dorant, a land and property agent who owned other properties in St Albans, died in 1942 at the age of 64. He left the interest from his estate to his two half-sisters, hence funds were not available till they had died. The building was finally opened in 1980. The land cost £30,000. Subsequent building costs, including replacement windows in 2012-4, amounted to a little over £500,000.

There are 11 studio and 8 one bedroom flats on three floors. Lift access is provided. A laundry room means that individuals do not require their own washing machines. A large recreation room for activities helps to create a close-knit community. A Care Alarm system is installed, and a part time warden lives on site. There are outside gardens tended by the warden and residents along with a contractor. Various pictures are posted on the website.

The original provision was for poor people of good character living within the former City of St. Albans, expanding in 1985 to the area of the whole of the City and District of St. Albans.

The opening ceremony in 1980 was a great occasion, attended by the Mayor and local dignitaries. Residents already in occupation proudly showed visitors around. 2010 marked the 30th anniversary – cue celebrations. The oldest resident had reached the grand age of 98; the youngest was but 57. 4 of the original residents were present. The garden party for about 80 people included a live band and cream teas, along with a couple of addresses.

The Dorant Trust was registered in 1963, and constituted under a trust deed of 1976. The Charity Commission reference is 210687. The Charity is also affiliated to the Almshouse Association. Income is mostly from rents, with the balance from investments.