A history of senior football in St Albans - Part 5 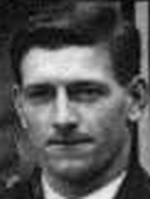 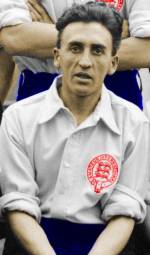 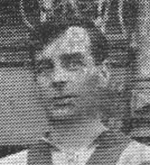 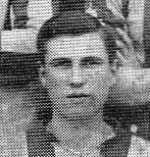 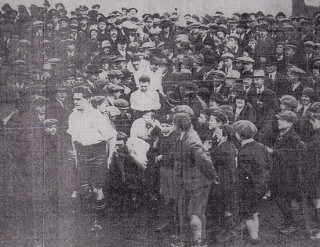 The scene at the FA Amateur Cup tie against Ferryhill Athletic where a record crowd of 9,757 gathered
www.sacfc.co.uk

After the amazing FA Cup tie against Dulwich Hamlet, which finished in an 8-7 win for Dulwich (in Part 4), it was obvious that several professional clubs would express an interest in Wilfred Minter. It was rumoured that West Ham United or Tottenham Hotspur were after his signature. It was an amazing feat to score seven goals in a match and still finish on the losing side. Minter decided to stay loyal to his home town club.

Before the end of the season he was selected to play for the England amateur international side. He ended up with three international caps. He scored 44 goals for St Albans in league and cup games in the 1922-23 season. They reached the first of three FA Amateur Cup semi-finals in the 1920s. On their way to the semi-final they beat RAF Uxbridge 8-0, then Wycombe Wanderers 2-1, Barking 4-1 and Northampton Nomads 1-0 before reaching the semi-final. The club travelled to Luton Town’s Kenilworth Road ground to face the London Caledonians. Sadly two second-half goals saw the Citizens lose. The club also won the Isthmian League title at their first attempt.

In the 1924-25 season they knocked out their only Football League opposition so far in the FA Cup. Having disposed of Kings Lynn the Citizens went on to beat Brentford 5-3 from the Football League Division 3 South before having to travel to Hartlepool United to lose 0-4. In the FA Amateur Cup the club reached their second semi-final. On the way they beat Bromley, Hastings and Bostall Heath after a replay. They met Southall at Watford’s Vicarage Road ground and drew 1-1 before losing 0-2 at Brentford’s Griffin Park ground. In the Isthmian League they finished in third place. This was partly because of the many cup games in the FA and FA Amateur Cups. Wilfred Minter scored 45 goals in this season.

It was in the 1924-25 season that George Biswell, a forward player who replaced Harold Miller, made his debut. He scored 27 goals and was the nearest challenger to Minter’s 45 goals. Biswell later turned professional and played for Charlton Athletic.

Biswell was the nearest challenger to Minter

Another player who was destined to play for a few years was Fred Holland, a full back from the Luton area. Holland would captain the side in later years.

In the 1925-26 season the City dropped to 5th place in the league but again this was due to the fact that another long FA Amateur Cup run had taken its toll. In the FA Amateur Cup Clapton and Southall were both beaten after replays.

The quarter final was at home to Ferryhill Athletic in front of a record crowd of 9,757 spectators. This figure is still the ground record today. The Citizens won the game 4-1 to set up another semi-final, their third in four years, this time against Stockton at Middlesborough. The Citizens complained that an FA Amateur Cup semi-final was being played on the neutral ground which was just a few miles from Stockton yet over 300 miles from St Albans was ‘a little bit unfair’. After a gallant fight the Citizens lost 0-2. In 31 league and cup games in 1925-26 Minter had scored 41 goals.

In the 1925-26 season another player who went on to greater things had made his debut. Roy Bethell only played one match in that season but in the following season he scored 36 goals; only seven less than Minter. Biswell went on to play for Charlton Athletic and Gillingham into the early 1930s.

Early in the 1926-27 season Minter went on a one-man goal-scoring rampage. In seven games he scored three against Wycombe Wanderers away, then after two blank games he scored three against Ilford at home, five against Wycombe Wanderers at home, three against Oxford City at home and then four goals against the Casuals at home. Eighteen goals in seven games. In that last game against The Casuals the Citizens won the game 13-1. At Easter the club went on a tour to the Channel Islands and played two matches and won the Victory Cup. They also won the Isthmian League title with Minter scoring 43 goals in league and cup matches.

In the following season of 1927-28, with some of the players from the successful side of three or four years ago leaving, the club set about rebuilding the team. They did this by building around Harold Figg, Wilfred Minter and Biswell. They did this to very good effect because the Isthmian League title was won again. It was the last Isthmian League title that the club ever won although they came close on one or two occasions since. The club went on another Channel Islands tour and also won the Dupwich Cup.

End of an era

After the 1927-28 season the glory days were over. The club never reached the dizzy heights of an Isthmian League title or an FA Amateur Cup semi final until the late 1960s. With George Biswell gone to the professional ranks at Charlton Athletic the club had to rebuild around Figg and Minter.