A history of senior football in St Albans - Part 6

From champions to re-election 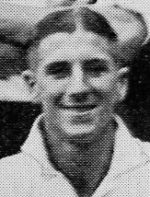 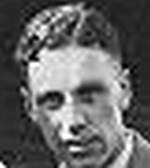 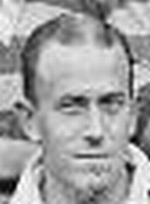 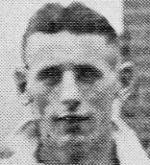 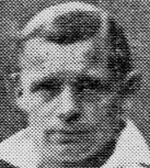 The 1928-29 season officially saw the end of the glory days of the 1920s side. Only Harold Figg, Walter Buckingham and Wilfred Minter were still regulars from the side of just a few years earlier.

The balance sheet from the annual general meeting at the end of the 1927-28 season showed a deficit of £175. This was mainly blamed on the Easter Tour of the Channel Islands. Taking into account the depression in a national sense there would be no more Easter tours in future.

The new season saw new players replacing the old players. As the new season got under way it was clear that those new players did not measure up to the usual standard. When Easter 1929 arrived the club played friendly matches instead of the usual tour on Good Friday and Easter Monday. The club finished the season in eighth place out of twelve teams. This was their lowest position since joining the Isthmian League in 1922-23. This would steadily get worse as the seasons went on.

Work began on the new dressing rooms and grandstand in the close season before the 1929-30 season. The club fared no better than the previous season. They had started by picking up just two draws from their first six games. In five more games they added just one more win. By Christmas 1929 City were lying second from bottom and in danger of seeking re-election. The bottom two clubs had to seek re-election from the other member clubs at the end of every season. They finished a point clear of the second from bottom club. Walter Buckingham had retired at the end of the season. The Herts Advertiser summed the season up:

“For the third year in succession the club has reported a heavy loss on last year’s working. The last time the club made a profit was in 1926-27. It was the heaviest year’s loss since its foundation. The first team was not able to strike a winning vein during the season. Many of the home games were played in very bad weather which might account for the low gates”.

Questions began to be asked about the future of the club.

The club began the 1930-31 season in bright form with the City lying in fourth place after seven games. They entered the AFA (Amateur Football Association) Senior Cup for the first time. It was a great feat to reach the final only to lose 0-1 to Cambridge Town at Ipswich. The side ended the season in fourth place in the league after being in that position for most of the season.

The club appointed Mr Thomas Clay, an ex-Fulham player, as the head coach. He had recently retired from playing and had become landlord of the Blue Anchor public house in Fishpool Street. The second game of the new season was notable for several strange refereeing decisions which angered the crowd. The game was at home to Kingstonians. The referee gave several free kicks for fouls which were not merited. He also ruled out two perfectly good goals for offside. The referee was Mr Stanley Rous. In later years he would become President of FIFA, the world football body.

In December 1931 a footballer’s career began which ranked alongside Wilfred Minter’s in terms of frequency of goal scoring. Charlie Bunce made his debut in a Herts Senior Cup tie against Berkhamsted Town. With Bunce in the centre forward role Billy Minter was moved to inside left.

Two matches after Bunce’s debut Minter injured his back in a league game against Dulwich Hamlet. He returned two games later but two further games after his return in February 1932, against Hoddesdon Town in the Herts Senior Cup, Minter played his last game. He had aggravated the back injury and decided to retire. He had scored over 400 goals in about as many games in league and cup competitions for the Saints since 1920. A true legend in the club’s history.

After Minter’s retirement Charlie Bunce took over as the target man. But the Saints were lying bottom of the table. It was only three wins from the last four games that lifted them away from the re-election zone to finish twelth out of fourteen clubs. The committee presented Wilfred Minter with a carved bookcase for his services to the club.

For the 1932-33 season most players were signed from the local works teams which brought the standard of the players down. Only Harold Figg remained from the FA Amateur Cup semi final years of the 1920s. There was nearly some regional silverware in the shape of the AFA Senior Cup. The club reached the final which was lost to Catford Wanderers. In the league it was another season of trying to stave of re-election. This they succeeded in doing again with three games to go.

In the 1933-34 season there was a match which ranked alongside the Dulwich Hamlet game from 1922-23. It was an AFA Senior Cup game away to Moor Green from Birmingham. After twenty seven minutes The Saints were 0-4 down. But in an amazing turnaround the Saints scored SEVEN goals without reply. Charie Bunce scored four goals in this game. After reaching two AFA Senior Cup Finals in the previous three years the Saints finally won that trophy by beating Barclays Bank. In the league it was their worst ever season. They had to apply for re-election for the first time.

“Surely things could not get as bad as they did last season”. The Citizens supporters were asking themselves. The first game saw City lose 1-7 to Tufnell Park. Admittedly there were a few regular players still on their summer holidays. There was a match in October 1934 which saw big drama off the field. A spectator was struck and killed by lightning before the match started. The game still carried on and the Saints won the game.

Charlie Bunce scored 54 goals in league and cup games in the 1934-35 season. He beat Billy Minter’s record for most goals in a season. It must be remembered that Minter did not play in the AFA Senior Cup as Bunce had done. During the 1934-35 season the last link with the glory years of the 1920s, namely Harold Figg, retired. He had played for the Saints since 1920 and had played over 400 games in all competitions.

George Martindale and David Rand, a powerful defender and a speedy winger, made their debuts at the start of the 1935-36 season. After he retired David Rand would become a local car garage businessman. He had a car showroom and garage in Frogmore for many years. In the 1950s he was the Football Club chairman.

It was another season in which the club had only just survived re-election. There was a big blow when Charlie Bunce decided to move to Wealdstone. He had scored over 150 goals in 180 matches and was a record comparable to Wilfred Minter. Sadly Charlie Bunce died whilst a Prisoner of War at the hands of the Japanese in 1943.

In the annual general meeting before the 1936-37 season the club revealed a loss of £71 on the previous season. The club elected Arthur Skitt, a local player, as captain in place of the departed Charlie Bunce. George Martindale was the vice captain.

The club started the season brightly enough but after November they slowly slid down the table. With six games to go the club were in the bottom three places. But once again they got the results when it mattered and they just escaped re-election. Wilfred Minter turned out in an emergency in the last game of the season. He didn’t score.

In the AGM before the 1937-38 season the club had made another financial loss, this time it was £96, but the club also owed £1,321 in unpaid rent to the council. In a ‘gesture of goodwill’ the council agreed to wipe off those arrears. Jack Fayers made his debut during the season. Fayers was the nephew of Freddie Fayers who had played for the club before the First World War before going to Huddersfield Town. Early in the season saw St Albans in a mid table position. Sadly another bad run saw them drop down the table. They ended the season seeking re-election.

At the AGM before the 1938-39 season the chairman said that  ‘strict economies’ would have to be made. The reserve team was ditched and the playing staff was cut to sixteen players. One of the newcomers was Jack Braithwaite. He was signed from Barnet. Braithwaite was a winger who had played for Barnet since 1934. After seven games City were roughly in a mid table position. The Saints held their own in mid table until three games from the end of the season. Then three heavy defeats saw them finish just above the re-election zone.

Last matches before war is declared

During the summer of 1939, with the threat of war looming, some of the Saints footballers were getting their ‘call up’ papers. The Saints played just three games before the declaration of war was announced. The first game was an FA Cup Extra Preliminary Round game at home to Bishops Stortford that City won 6-1. The second game was the 1938-39 Final of the Herts Charity Cup. This game was carried over from the previous season because the season finished late. City won 1-0. The last match before war broke out was a friendly once again against Hitchin Town on September 2nd 1939. City won this game 2-1.

On the following day Neville Chamberlain delivered the famous speech announcing that Britain was at war with Germany.