A history of senior football in St Albans - Part 7

The war and after 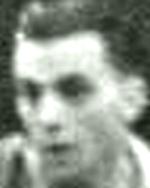 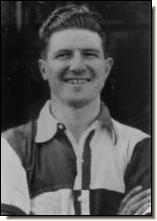 A morale boost in war time

When the Second World War was declared in September 1939 it was decided to abandon the new football season. St Albans had only played three matches: two cup games and one friendly, all of which were won by St Albans. It was thought that to carry on playing football would send out the wrong message regarding the seriousness of fighting a war. Then, after a month, there was a change of thought. It was then thought that to still have sporting activities could be a morale boost to the people. So, at the end of September, league football resumed.

St Albans entered the Herts & Middlesex League. This league was made up from Isthmian and Athenian League sides. Teams such as Barnet, Enfield, Wood Green, Hitchin Town, Hertford Town, Tufnell Park and Southall were entered. Registration of players was relaxed because of the “call-up”. Potential players could just “sign a piece of paper” and they were registered. On some occasions a person could go to a match and the find himself playing in it!

In the first wartime season (1939-40) St Albans finished second out of twelve teams. They also played friendly matches against regimental teams billeted in or around St Albans. Teams such as the Essex Regiment, the Northamptonshire Regiment and the Warwickshire Regiment. They played a friendly match against the Free French Navy in 1940 winning 11-3.

Only 5 or 6 regular players

In 1941 the club had a bad season by finishing second from bottom in the league. They called on 106 different players who played in 27 games owing to the “unavailability of players”. The average for a season was around 25 players. There were 43 different players who only played just one game. The same thing happened in the following seasons throughout the war. Every week there would be five or six new players. Of the whole club there were only five or six who were anything like regular players. These regulars were probably in reserved occupations.

Notable players in this period were L “Jock” Ellison, William Saunders, Harry Burke, Dave Sayers and Ronnie Burke (I’m not sure if he was a relation to Harry Burke). Ronnie Burke was a centre forward but, owing to his job, was not a regular player. He only played about a dozen times a season until 1946 but he averaged over a goal a game. He left in 1946 to join Manchester United where he played until 1952.

The most number of players called upon during a season was 143 during the 1944-45 season. Over fifty of these played three games or less. In some games there were as many as nine new players. Only to have possibly the same number in the following match. There was no such thing as a settled team during the war.

When the war ended it was decided to revert back to the normal season from August 1945. For St Albans it took a while to get back their pre-war players. For most of that first post-war season they struggled. They finished second from bottom out of twelve in the table. In the following season on November 9th 1947 the Saints met Wimbledon at Plough Lane and were beaten 0-11. This remains their heaviest ever away defeat. They finished second from bottom again.

The next three seasons were an improvement but not much by finishing ninth and eighth. With Dave Sayers, Jock Ellison and Bill Saunders as the mainstays the Saints were beginning to build a new team. Another player who had appeared on occasions during was Freddie Collings. Now that the war was over he was a regular player. In the final match of the 1950-51 season St Albans played Harpenden Town in a Festival of Britain match in which St Albans won 4-1. By the 1953-54 season City were now a mid table side. But the following season saw a vast improvement.

Top of the Table

After half a dozen games City were top of the table for the first time since the 1926-27 season. They were knocked out of the F A Cup and F A Amateur Cup early so they were rattling through their league games. Walthamstow Avenue on the other hand were involved in a long F A Amateur Cup run which meant they had many games in hand on St Albans. By Easter City were six points ahead of Walthamstow Avenue but Avenue had eight games in hand. Sadly City could only watch as Walthamstow gobbled up the lead and City had to be content with the runners up spot. It was their best peacetime season since 1926-27.

Incredibly they managed to finish bottom of the table in the very next season. The team continued as a mid table side until the end of the decade.