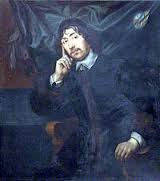 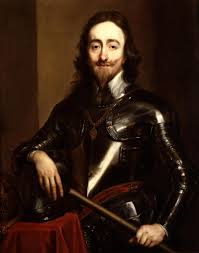 In January 1621, a new headmaster arrived at St Albans School. This man was James Shirley. The boys at St Albans remembered him for replacing the lead roof and for his more efficient methods of ensuring they didn’t dodge the entrance fees. Little did they know that posterity would remember him as one of the greatest playwrights of the Caroline era and a successor to Shakespeare.

So who was James Shirley? He was born in London in 1596, the son of a shopkeeper. He was educated at Merchant Taylors’ School and went to St John’s College, Oxford. In 1617, he went to St Catherine’s College, Cambridge where he took his B.A. degree and made his first essay in literature with his poem Echo and Narcissus, The Two Unfortunate Lovers, an imitation of Shakespeare’s Venus and Adonis.

Shirley stayed at St Albans School between 1621 and 1625. It seems his appointment as headmaster had little to do with merit. He was married to Elizabeth Gilmet, daughter of Richard Gilmet, mayor of St Albans. It was the mayor as well as the governor of the school who appointed the new headmaster. Marriage evidently had multiple benefits.

After leaving St Albans School in 1425, he wrote his first play, Love-tricks or The School of Compliments, a romantic comedy. This marked the beginning of his career as a ‘professional playwright.’ A ‘professional playwright’ in this period meant earning a living through writing plays for stage companies to produce for paying audiences and also studying the dramatic techniques made popular by Shakespeare, Jonson and other earlier dramatists. They differed from the amateur playwrights who wrote courtly masques and whose main purpose was to flatter the king and queen. Shirley would go on to write a wide range of successful tragedies, comedies and tragi-comedies, but it would be for his social and romantic comedies such as The Constant Maid and The Sisters that he would be best-known for. Shirley even gained the favour of Charles I and his queen when they saw his play The Young Admiral, although this could be more down to its theme of self-sacrifice for the crown then his talent.

Shirley’s plays, like those of his contemporaries, were mostly designed for and performed in private theatre houses for the wealthy elites. His work proved less popular in public theatres than the “silly spectacles” (as Shirley called them) that dominated at the time. This could be because of what he saw as the unsophisticated nature of the general population or because he lacked the genius and widespread appeal of Shakespeare.

With the closing of the theatres in 1642 due to civil war and the establishment of Cromwell’s Protectorate, Shirley effectively retired, but he continued to write poetry for his circle of friends. After the Restoration, a number of his unpublished plays were performed, but this was the twilight of his career. He and his wife died in 1666, because of the hardships the loss of their home in the Great Fire of London inflicted upon them. This remarkable man deserved a less tragic fate.

This article was written using information from the Victoria County History of Hertfordshire.