The Devil’s Work in Hertfordshire 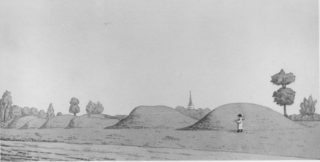 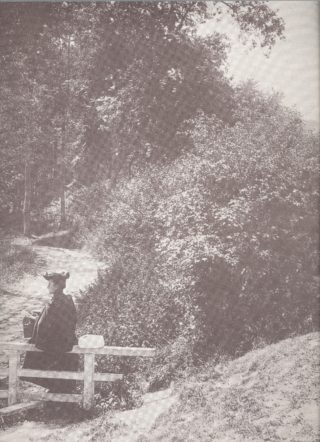 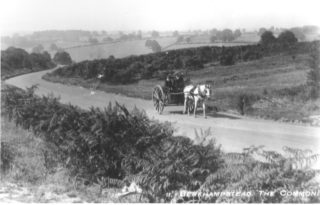 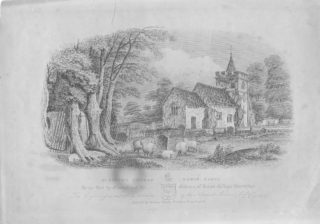 The Devil is a common figure in folklore everywhere, and Hertfordshire is no exception. Besides featuring prominently in such tales as The Mowing Devil, Piers Shonks the Dragon Slayer and The Blind Fiddler of Anstey, he was hard at work all over the county.

The folklore Devil is a curious figure, less a prince of evil and more a malevolent trickster god. Both his attempts to claim souls and the ways of escaping (as Piers Shonks did) are entirely arbitrary, rather than being based on any morality. And, formidable as he is, the Devil always seems to end up either being tricked or making a simple mistake.

One of the most common deeds of the Devil throughout Britain is the creation of prominent geographical features, and he seems to have been hard at work in Hertfordshire. Several are still named after him, such as the “Devil’s Hopscotch” on Royston Heath, where a series of ridges runs up to Church Hill. The Devil’s Dyke, Grim’s Dyke, the Devil’s Ditch and Grime’s Brook are other features whose names commemorate the Devil.

One of his most prodigious feats of construction in the county, however, was at Stevenage, where he created the Six Hills. Though historians claim these as Roman burial mounds, folklore tells a different story.

It seems the Devil was sitting one day watching travellers pass on the Great North Road and decided it would be amusing to throw clods of earth at them. Going to the nearby Whomerley Wood, he began digging pits and tossed seven great clods at the road. The Devil’s aim, however, is notoriously bad, and this occasion was no exception. None of his clods landed on the road — instead, six landed nearby and formed the Six Hills.

By this time, the Devil’s temper was getting the better of him, and the seventh throw was so wild that it flew all the way to Graveley. Here it knocked the steeple off the church, and the earth landed to form the steep hill near the churchyard.

Grim’s Dyke, also known as Grim’s Ditch, is a prehistoric earthwork stretching across parts of Buckinghamshire and Hertfordshire, including stretches near Berkhampsted and Tring. In this case, though, in spite of the name (“Grim”, originally a name for Woden, was later applied to the Devil) this was only indirectly the Devil’s creation.

It was built, so the stories tell, by the mediaeval alchemist Sir Guy de Gravade, known as the Wizard of Aldbury. Sir Guy, like Faust, was said to have sold his soul to the Devil in return for magical knowledge, including the secret of turning base metals to gold. According to the legend, he and his entire castle eventually vanished one night.

Nevertheless, Grim’s Dyke seems to be a favourite haunt of the Devil. Both at Hastoe Lane near Tring and near the Potten End water tower on Berkhampsted Common, he can frequently be heard rattling his chains.

Other Appearances by the Devil

In fact, the Devil has often been seen around Hertfordshire, though his appearances aren’t always as scary. At Bushey, for instance, he has a habit of sitting on a stile in Bushey Heath Lane on moonlit nights playing his fiddle — part of a widespread tradition associating him with the instrument.

A man called Marford John once met the Devil late at night on the Devil’s Dyke near Wheathampstead. Heading home from the pub, John felt a diabolic presence behind him and, out of shock, he unwisely swore. This put him in the power of Satan, who knocked him to the ground. Next thing he knew, he was being woken in the morning by the bells of St Helen’s church.

In Tewin churchyard, the Devil appears each New Year’s Eve, but the bell-ringers have a way of banishing him again. One rings the bell for midnight, while the others run seven times around the church before the twelfth stroke dies away. This gets rid of the Devil, but it’s risky — he has a habit of carrying away those who don’t make it in time.

According to the tale told in St Albans, however, the Devil has been dead since the 17th century. A pamphlet published in 1648 concerned

The Devil seen at St Albans, being a true Relation, how the Devil was seen there in a Cellar, in the likeness of a Ram, and how a butcher came and cut his Throat and sold some of it and dressed the rest for himself, inviting many to Supper who ate of it.

As opposed, of course, to it simply being an unfortunate ram.

The Devil in the Boot

More than one figure of Hertfordshire legend got the better of the Devil, but none as spectacularly as Sir John Shorne, rector of North Marston near Tring from 1290-1314. Faced with the Devil, Sir John wasn’t fazed, but calmly conjured the fiend into his boot, trapping him there.

North Marston became a place of pilgrimage, partly because of this feat and partly because the spring St John’s Well was said to give relief from ague. A souvenir was sold to pilgrims commemorating Sir John’s feat — and this is said to have been the origin of the Jack-in-the-box.

Keeping the Devil at Bay

Hertfordshire folk were ever vigilant against the tricks and power of the Devil. Many charms were kept to him ward off, ranging from iron horseshoes and knives to the iconic Hertfordshire Puddingstone. In general, it was wise to avoid naming him, which is why he has a collection of nicknames. But not always. The expression “the Deev’l ‘tis” was a common Hertfordshire saying.