The road that moved.

The story of the road from London to St Albans. 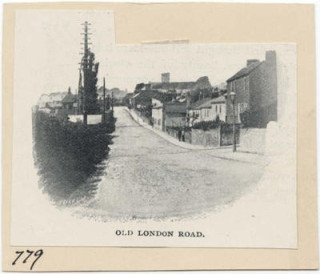 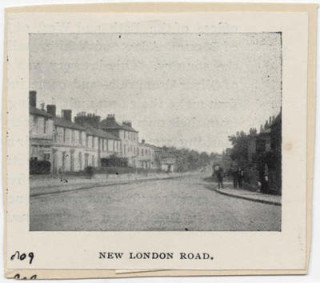 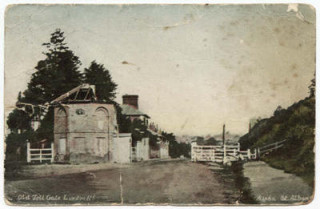 In Roman times Watling Street was the most important route into the Roman city of Verulamium. (See my article “This road once led to Rome“). The Saxon Abbot Ulsinus became the town’s first road planner and church founder. He founded St Stephen’s, St Peter’s and St Michael’s churches. He he realised that pilgrim’s would visit these churches, especially St Stephen’s and St Michael’s, as they were outside of the town, then travel to the next town. Abbot Ulsinus decided to re-route Watling Street so that the road entered the town. He saw this road as a business opportunity. The road was diverted at St Stephen’s Church to run down St Stephen’s Hill, then up Holywell Hill. He saw this as bringing extra trade into the town. Pilgrims could lodge at the inns in the town whilst they paid their respects at the shrine of Saint Alban.

This new road helped to protect travellers from bandits who lived among the ruins of Roman Verulamium. This new route was difficult because to the steep Holywell Hill and the ford, which was deep at times, across the River Ver. The river was bridged in the 12th century but gradually travellers used a route along Green Lane (present day Cottonmill Lane) and Sopwell Lane where the gradient was not quite so steep. Travellers exiting Sopwell Lane would see that most of the steep climb was by-passed.

As well as the Green Lane route into the town there was a track which ran across what is now Verulam golf course. The track is still there as a public right of way despite a few attempts to close it. The track followed an old road from London, through Shenley and then followed Shenley Lane and Napsbury Lane through to the golf course. From there it exited the golf course at the eastern end of Riverside Road formerly Longmire Road. It roughly followed Riverside Road and then veered right to join up with the Sopwell Lane route close to the Hare and Hounds public house. This was the main route into the town until 1539.

In 1539, just after the dissolution of the monastery, Sir Richard Lee brought Sopwell Nunnery and built a private house in the grounds. He laid out his park, which became Priory Park, but the problem arose when the road cut across his land. Lee decided to build a new road. This road was slightly to the north of the previous road and known today as Old London Road. Wheeled traffic had to turn right at the Mile House and link up with an old road from South Mimms, then turn left towards the town. There seemed to be some objection to the change because travellers still used the old track.

The London to St Albans road grew in importance as it became a “post road” providing an authorised route for letter carriers. By the 17th century road traffic increased so much that regular coach services were running to London and many longer distance coaches were coming through. Even then, as now, there was congestion in the town centre. The roads were churned up, accidents were frequent. The turning from Sopwell Hill into Holywell Hill was very dangerous. Sometimes if coaches were a few minutes late they would hurtle out of Sopwell Lane and turn over spilling the luggage load to the ground and often injuring passengers.

The St Albans Turnpike Trust had been formed in 1715. They kept the London Road well mended and also installed the first street lights. By 1790 the road was seriously overloaded. A new road was needed.

Thomas Telford came to the town in 1795 and built the London Road that we see today. It was a very bold undertaking that involved cutting through a hill and infilling a valley. This was part of his overall plan for the Holyhead Road. He had already begun by cutting the new St Albans Road from Barnet to South Mimms. It is possible to see the height of the hill he cut through as large embankments on either side of London Road near Alma Road.

Traffic continued to increase until the coming of the railway, when travellers turned to the trains. Road traffic declined during the second half of the 19th century and the road fell into a bad state of repair. In the beginning of the 20th century the motor car was invented which, in turn, demanded a better road surface. The London Road was later reborn as the A6 trunk road. The route has remained unchanged into St Albans for over 200 years. The latest change, although outside the city of St Albans, are the deviations to the road at the Bell public house south of London Colney to accomodate the M25 motorway.