You are here: Home>Herts history>Topics>Witchcraft>The Toad, the Witch and the Voodoo Doll

The Toad, the Witch and the Voodoo Doll 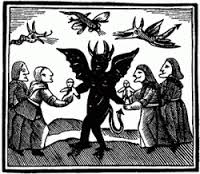 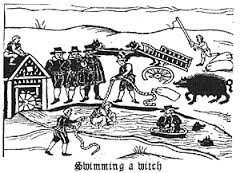 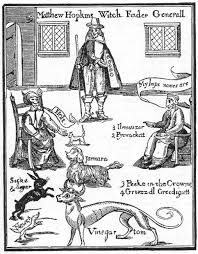 Murmuring and chanting, an elderly man and an elderly woman set a clay doll on fire. In the village of Norton, Goodwife Pearls felt as if she was burning. The fever took hold and she died.

In 1649, John Palmer and his kinswoman Elizabeth Knot were condemned and executed for Witchcraft at St Albans. Palmer confessed that he had signed a pact with the devil and had been in Satan’s service for sixty years. He admitted to seducing Elizabeth Knot into serving the devil and together they had murdered Goodwife Pearls through sorcery. To add to his crimes he had two devil’s familiars which sucked his blood, one in the form of a dog called George and the other in the form of an attractive woman called Jezebell. He also had the ability to transform into a toad. Unfortunately, John never revealed why he turned into a toad or what the benefits of doing so could be.

The main evidence for this witchcraft case is a pamphlet called The Devil’s Delusions or A faithful relation of John Palmer and Elizabeth Knot, two witches lately condemned at the Sessions of Oyer and Terminer at St Alban’s, 1649. The case is unusual in England as it implies witches acted in groups rather than individually: a continental belief rather than an English one. It is almost unique in the British Isles for its mention of a human familiar as well as an animal one.

Nobody knows why John Palmer confessed what he did. Was his memory fading, thereby making him more susceptible to the manipulation of his accusers? Was it simply that he was afraid or did he genuinely believe he was guilty of all these crimes? In a world where God and the devil were present in everyday life and where ordinary people were powerless in the face of disease and famine, is it surprising that the vulnerable in society believed in fantasies of possessing supernatural powers? By burning a clay doll John Palmer may not have actually killed Goodwife Pearls, but the intention was still there.

This article was written using ‘The Witches of Hertfordshire’ by Simon Walker.