You are here: Home>Herts history>Topics>Politics>When it paid to be a voter in St Albans

When it paid to be a voter in St Albans 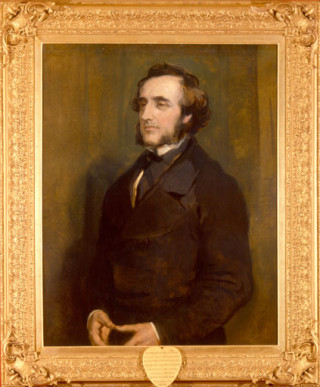 When Alexander Raphael, the MP for the constituency of St Albans, died in 1850 a by election was called. St Albans was, at this time, little more than a market town. The day of polling  arrived and in the immediate aftermath it was found that at least three quarters of the seven thousand eligible voters had been bribed.

Three commissioners, appointed by parliament, sat in the town hall to hear the evidence. There was public indignation as the facts were reported. Several witnesses were abducted and warrants were issued. St Albans, which up to that point had two members of Parliament, henceforth had only one.

Mixed up in all of this was Jacob Bell, he was one of the elected MPs at the 1850 by election. He was a partner in a firm of London chemists. He was an originator of the Pharmaceutical Society whose headquarters were once housed at the Metropolitan College in St Peters Street in St Albans.

Bell was a Liberal who was in favour of a general reduction in taxation, immediate abolition to window tax duty, extension of education among the people and other progressive reforms.

Bribery and corruption had accompanied elections in St Albans for many years but only on a minor scale. St Albans was especially prone because of its geographic position in relation to London.

It seems that the motive for this scandal was revenge. One of the election agents, Henry Edwards, a farmer at Bricket Wood, had declined to accept the services of a professional agent, William Gresham, whose practical experience of bribery would have been second to none. Bribery had been denounced by both Bell and his Conservative opponent Sir Robert Carden, and it was to Carden’s camp that Gresham turned since Edwards acted for Bell.

Now Jacob Bell was determined to enter the House of Commons because, as a chemist he belived that chemists needed an informed representative in Parliament to safeguard their interests. So eager was he to win that, like his opponent, only more lavishly, he went along with the town’s ‘prevailing system’ and won the election.

Gresham had begun the moves which resulted in a petition being presented to Parliament giving notice that “Jacob Bell has, by himself and his agents, been guilty of Bribery, both before and during this election and is thereby incapacitated from sitting in the present Parliament”. As a consequence Bell and the town’s other Member of Parliament lost their seats.

In the 1880s St Albans had their electorial franchise returned and once again MPs were elected to the House of Commons.