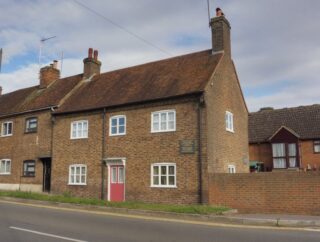 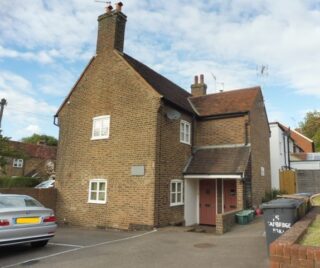 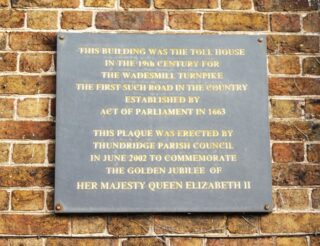 The tollhouse information stone on the front of the building. Oct 2016
Colin Wilson 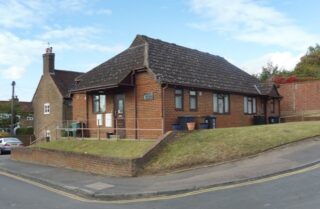 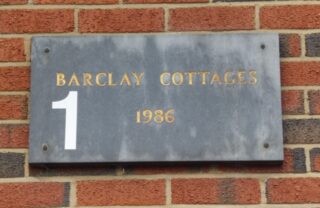 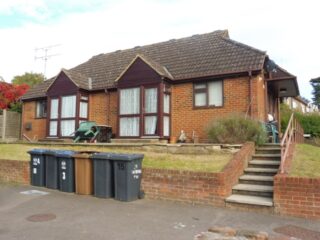 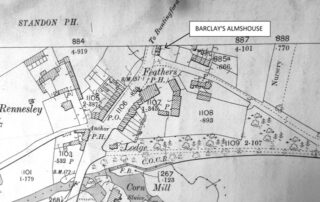 Wadesmill can boast of the first toll road in the country, dating back to 1663. According to the information plaque this building was used as a toll house in the 19th century.  Victoria County History includes Wadesmill as part of Thundridge. While it mentions the toll road, there is no reference to these almshouses. Neither Clutterbuck nor Cussans mention them.

Rachel and William Barclay set up an indenture  in 1794 founding almshouses at Wadesmill. The toll house became an almshouse. This creates a discrepancy in the dates. Maybe the almshouses were elsewhere to start with, or they came into operation later. Even so, the building is in use as an almshouse to this day. The building is grade II listed by Historic England, ref 1078708.

Four poor widows of good character from the Standon area received 2s 6d a week. Each widow had a room in which to cook, eat and sleep. There were 4 outside toilets. The endowment was £720, later invested in London Brighton and South Coast Railway stock. A plaque on the wall shows they were renovated in 1989.

Two bungalows were added in 1975 (but note the 1986 date on No 1), which were refurbished in 1999. They are now mobility standard properties.

Readers are referred to the article about Standon Hadham Road for further information.

DE/X1029/4/3
nd [1934 – 1980s]
Print of a a line drawing of the Almshouses at Standon and photograph Thomas Clarkson Memorial at Wadesmill, before renovation