Some reminiscenses of an evacuee aged four 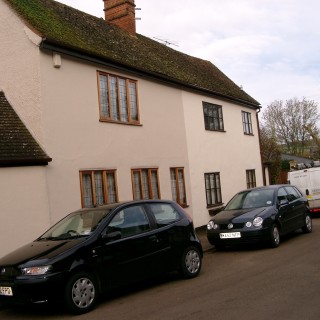 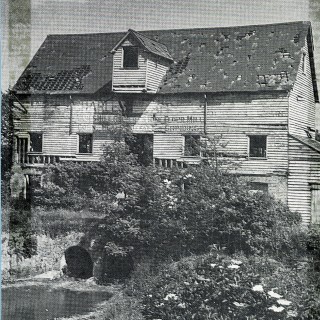 The old watermill - since demolished
Hertfordshire Archives and Local Studies 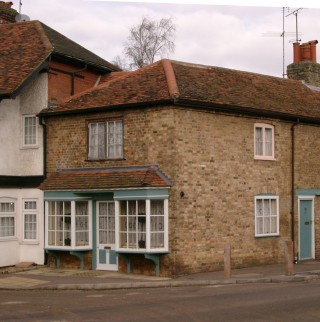 Notwithstanding the strain it must have put on my parents at the time, for the past 66 years I have carried with me warm, fond and vivid memories of my stay at an old house in Ermine Street, Thundridge, owned by a Mr. & Mrs. Fern.

I was evacuated with my Mother late in the War from North London, due to the many V 1’s and V 2’s which had begun falling in our particular area, whilst my Father stayed behind to carry on working in aircraft production.

Apart from the outside, I can remember little of the house, apart from the fact that one had to go into a cupboard to go up the stairs. Around the corner, just before the Post Office, lived a friend in a house with a garage (now gone) in which was his parents’ car, laid up on bricks for the duration. On the roof of the car, I recall, a great quantity of onions were stored for drying.

I remember many visits to the Post Office which is now, sadly, closed down. Also, across the main road, was another shop – now a private residence. Opposite that shop, back across the main road, I have a vivid memory of milk being delivered to some cottages involving a lady with a pony and trap carrying a huge milk churn. People came to their doors with jugs, which the lady filled from a strange ladle, like a long tin can, which she dipped into the churn.   I mentioned one friend, but I was lucky in having many then, and we spent happy times exploring the water mill – from which we were frequently chased as it was in a dangerous state – and paddling in the millpond. I believe that the Feathers Inn was derelict at that time, as I seem to remember exploring that building also.

When not with my friends, very often I was picnicking with my mother, sometimes near Thundridge Old Church, and I can still picture a horse-drawn reaper/binder working close by. On occasions we saw men in uniform, which I now imagine were the local Home Guard. Sometimes people would be looking up at the sky at vapour trails, and I would be hearing references to “our boys, up there”.   From time to time we were able to meet up with my Father, and I remember taking a green bus into Ware and visiting the livestock market which was held at Amwell End.

I consider myself very lucky in having such early, and happy, recollections.