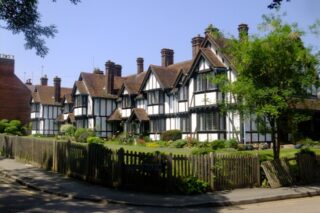 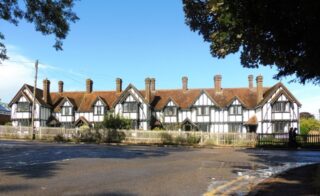 Louisa Cottages from the front. Sep 2016 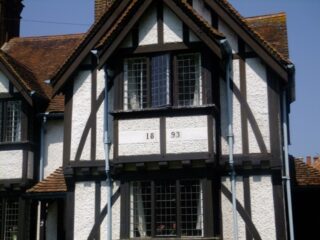 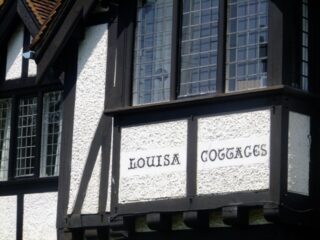 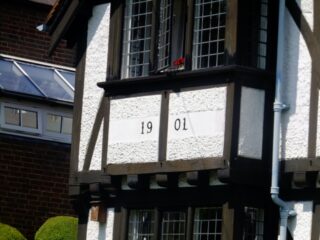 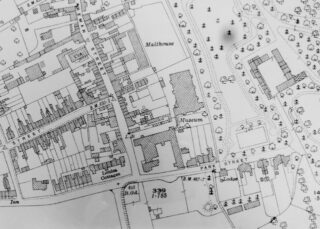 If you have traditional small cottages in mind it’s a bit of a surprise when you first see this building.  From the outside these almshouses are among the grandest in the county, even if they are called cottages. To the layman they appear to be quite Tudor-looking.

Emma Rothschild (1844 – 1935) started her life in Frankfurt and was highly educated and cultured. Deeply religious (the family was of Jewish descent), she was described as straight-laced. She lived to the grand age of 91. In about 1872 she married her cousin Nathaniel (1840 – 1915). One of the richest men in the British Empire, he had connections with the highest echelons of society. He was the first non-Christian to sit in the House of Lords. The union produced three sons. The eldest, Walter, was the one who set up the Tring Natural History Museum and was known for his eccentricities such as using zebras to pull carriages.

By tradition the women of the Rothschild banking family were not involved in the business. That did not stop Emma from being very active, helping to run the estate and engaging in multiple charitable activities. Among these were the almshouses for estate workers and local people. At its peak the Tring Estate employed over 300 people. The almshouses were built in 1893 and 1901 according to the dates on the buildings. Emma’s second name was Louisa, hence the assumption is they were named after her. Subjectively, using her second name makes it more personal and caring than the usual formal surnames.

Pevsner includes the building in his survey of significant buildings. They were designed by William Huckvale, in the Norman Shaw tradition, described by Pevsner as a rather spiky vernacular style. The building was listed grade II in 1986, with a reference of 1078003. The 2020 accounts reveal the Trust managed eight almshouses in Tring.

The Louisa Cottages Charity Trust is a registered charity number 220078. Registered on 3rd July 1963, it is governed by Emma’s will of 1935.  The objects are stated as almshouses for aged or infirm poor persons who at the time of election shall be or shall previously have been employees (including domestic servants) on the Tring Park Estate or shall be at the time of election inhabitants of the parish of Tring. They are also affiliated to the Almshouse Association. To this day the Rothschild Foundation makes significant contributions to the running and maintenance of the almshouses.