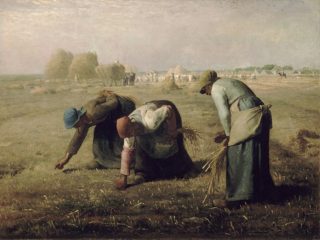 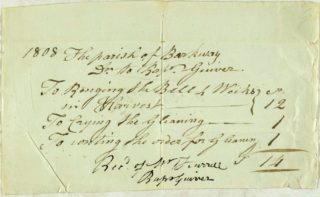 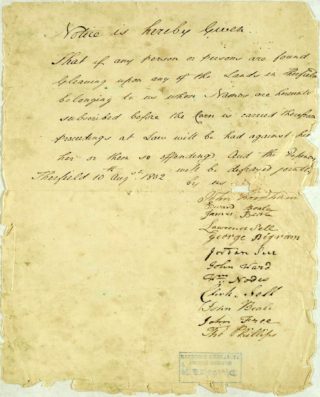 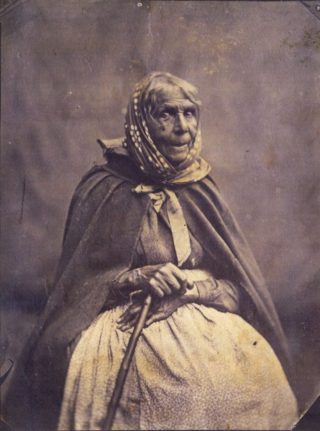 The idea of leaving food for the poor to collect is by no means modern. In Hertfordshire, it goes back to at least the time of Alfred the Great, though it’s a far older tradition.

The custom of gleaning, where the poor were allowed to scour the fields for crops left behind after harvest, may well be as old as agriculture. It’s mentioned a number of times in the Bible, both as laws in the books of Leviticus and Deuteronomy, specifying crops that farmers should leave unharvested or ungathered, and in the Book of Ruth, whose heroine gleans to provide for herself and her mother-in-law after both have been widowed, thus meeting her future husband Boaz.

Mediaeval European laws granting gleaning rights were directly inspired by what the Bible had to say about it, though it’s very possible that they also continued an older European tradition. The earliest reference to gleaning in Hertfordshire is said by legend to date back to 895AD, in the aftermath of Alfred’s victory over the Danes at Ware. He is said to have granted rights of commonage on “Lammas Lands” (common land that included gleaning rights) allowing approximately three weeks for people to collect leftover crops before cattle were turned onto the land for grazing:

Corne carried,
let such as be poore go and gleane,
and after,
thy cattle to moweth up cleane,
Then spare it for rowen, til Mihel be past,
to lengthen thy dairie no better thy hast.

The Rules of Gleaning

Gleaning wasn’t just a random affair, though. Strict rules were enforced to make sure everyone got a fair share of the food.

During the appropriate period, the day’s gleaning would start with a bell being rung to signal that the gleaners could begin, usually at 8am or 9am,  and the bell was rung again at 5pm or 6pm to mark the end of the day. Gleaning outside this time was forbidden. Gleaning Bells were rung all over Hertfordshire, and the invoice shown to the right, from 1808, is from a Mr Rapier Guiver, who was employed to ring the bell at Barkway.

Gleaning Bells were still a common sound in Hertfordshire until the beginning of the 20th century. They gradually fell silent, as times and customs changed, but a bell was still being rung in Widford till the 1930s.

The rules of gleaning may have gone back to time immemorial, but that doesn’t mean they were necessarily followed. The document to the right, issued in 1802 in Therfield, shows that gleaners sometimes had to be emphatically reminded of their obligations.

This is understandable when you remember that gleaners often relied on what they could gather for survival. In these circumstances, tempers could run high, and a record survives describing gleaning in Aldbury:

“And the gleaning bell was rung during harvest time at 8am & 5pm. All women and children were out gleaning the whole day, and it was a lawless time, when much quarrelling and bad language and even fights among them went on.”

Gleaning was carried out by people of all ages, and in one case even by a centenarian. Elizabeth Leatherland of Tring, known as “Old Betty”, went “a fagging” every wheat harvest. According to research conducted by local historian W. B. Gerish, she was over a hundred years old when she did her last gleaning, and she lived until she was at least 110. In fact, a funeral notice in The Bucks Herald on the 20th February 1948 claims that she was 112 years old when she died.