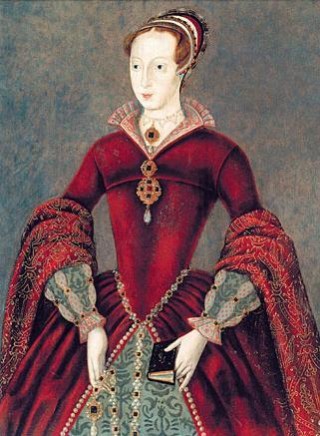 Lady Jane Grey was proclaimed Queen of England on the 14th July 1553, in Ware, by the Marquis of Northampton.

She was born in either the year 1536 or 1537 and died on the 12th February 1554. She was the great granddaughter of Henry VII, by his daughter Mart, and Jane was the first cousin once romoved of Edward VI. Jane married Lord Guildford Dudley in May 1553, a son of Edward VI’s chief minister, the Duke of Northumberland, John Dudley.

When King Edward VI was dying in June 1553, he designated that Jane should be the successor to the Crown within his will, thereby invalidate the claims of Mary and Elizabeth, his half sisters, under the Third Succession Act.

She was only Queen for nine days, from the 10th July 1553 – 19th July 1553, and she resided in the Tower of London. She became a prisoner here on the 19th July 1553, when the Privy Council decided to proclaim Mary as Queen. In November 1553, Jane was convicted of high treason, but originally she was not to be executed. However, Wyatt’s rebellion against Queen Mary and her aspiration to marry Philip II of Spain in January and February 1554. This led to  Thomas Wyatt the younger, (the instigator of the rebellion,) being tried and executed, along with his daughter, Lady Jane Grey and her husband, even though they did not partake in the uprising.