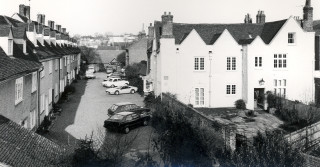 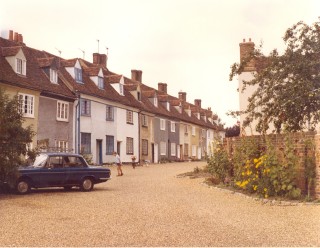 My earliest recollections of Place House go back to the late 1940s or early 1950s. The house was all one at that time as was the garden, which was somewhat longer than the photograph shows. We were living behind the hairdressers shop in New Road, and there was a footpath running up the side of our garden, through Place house garden and into Bluecoat Yard. At that time, the house was occupied by the Hartman family who later emigrated to Rhodesia (now Zimbabwe).

The Yard was un-surfaced and at the top was a nursery run by Phil Chapman whose sister kept a fruit and vegetable shop in East Street. Phil eventually sold the land, which is now the site of Ashwood Old Peoples Home.