The Victoria Maltings in Ware 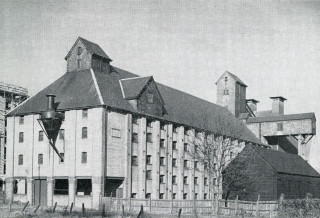 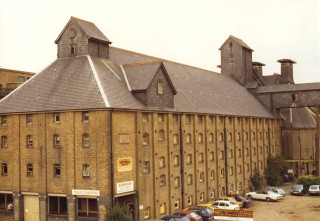 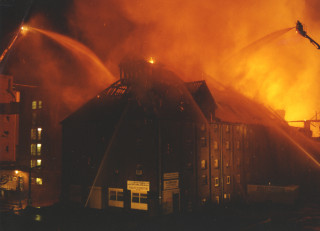 On the evening of Friday 16th September 1988, a raging fire burnt down Ware’s magnificent Victoria maltings in Amwell End.

I remember hearing fire engines and seeing the sky lit up from where we lived.  I rushed down to the town with my sister and stood in the car park of the Saracen’s Head opposite and watched.

According to The Herts Mercury, over 100 firefighters attended – the glow of the fire could be seen for miles around.  People in nearby homes were evacuated but luckily no-one was seriously injured.  Police said their main problem was with crowd control as hundreds of people gathered to watch the blaze…