Volunteering and Helping in Lockdown 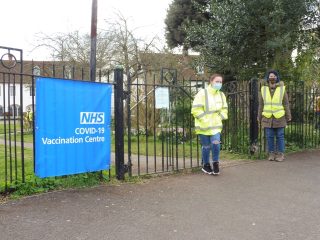 Volunteers at the gate, ready to help. March 2021
Colin Wilson 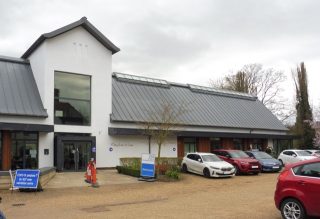 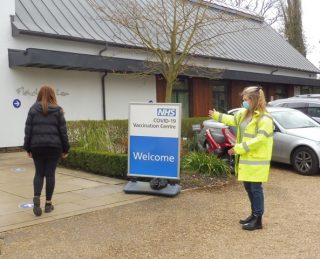 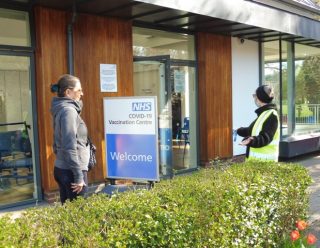 Not long now. Nothing to be nervous about. March 2021
Colin Wilson 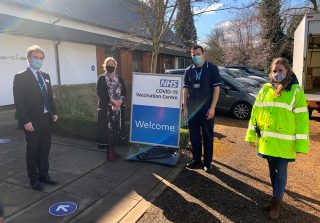 At 73 years old I’ve exceeded my ‘best before’ date but don’t know of any underlying health issues. However, while I’m less liable than younger people to contract Covid – I don’t have to commute and can maintain my space – I’m more at risk of complications should I contract the infection. This impacts on the rest of this article.

When the Covid outbreak became significant there were numerous news articles about the impact voluntary groups were having on those who needed help in many ways. One of the organisations advertising was the Red Cross. While I was accepted as a volunteer, they said any activity for me would not take place till after the illness had abated. It’s not that they don’t want help so much as they don’t want to leave anyone at risk.

Of course, informal help was a possibility with some neighbours I am acquainted with. One of the sad things about modern life is how many neighbours we have no contact with. A man living opposite had some serious health issues so occasionally needed prescriptions collecting, and as he recovered occasionally walking with him. He was conscious that he might run out of breath while out and be in difficulty.

Sometimes my next door neighbour needed her daily paper, and needed help to sort her computer. That was both a repair (used to be a computer engineer) and helping her to learn the basics. That may sound strange, but her late husband spent a lot of time using the computer but wasn’t keen on her using it. Hence her confidence was low. Again, she sometimes needed other shopping.

Both these neighbours had family who helped, but of course they weren’t always available. The other aspect is that they were both shielding for some of the time, hence needed someone just to say hello to from time to time.

Nigh on a year after the outbreak started, a mass vaccination programme was rolled out. I had my first vaccine injection towards the end of January. Even so, it seemed my age hindered any formal volunteering activity. It so happens that the vaccine centre was only a few hundred yards from my home. While passing one day I noticed another neighbour (who had also been a neighbour at our previous houses) was helping in the car park. He put me onto Communities 1st, a charity set up in March 2019. Part of their activity was providing stewards for vaccination centres. On-line application followed, but it seems there were quite a few others applying so it took about 4 weeks to be registered. That wasn’t wasted time as on-line training was required anyway (nothing daunting, but important). Other groups are involved in this activity.

Hence in the middle of March I was able to get started. So far I’ve been helping at the Ware Priory centre, the most convenient from my home, but there’s no reason why I couldn’t go to other venues as needed and convenient. Equally, it’s a matter of choosing when and where you want to go, and how often.

So what’s involved? Essentially we make sure people know where to go. But we’re also aware that some people are comfortable with injections, some are nervous but don’t show it, some are very nervous of needles, and some are confused and nervous due to the constantly-changing reports about side-effects of the vaccines. So we’re alert to body language which can be revealing. We can reassure people even at the gate, and generally make it a friendly experience. When someone’s really nervous but then leaves with a spring in their step is what makes the day, as are the smiles on most people’s faces as they leave.

And, being selfish, it’s really lovely being out and able to chat with other volunteers and the public, knowing there’s something we can do to support others. At the risk of quoting a (very true) cliché, you get more than you give.

I suggest you also read Llinos Thomas’ account of her vaccination experience at Ware Priory. See Vaccinations, a New Hope? on the Herts Memories website.

Note: all photos taken with permission.