A night of Victorian-style revelries in the streets of Ware 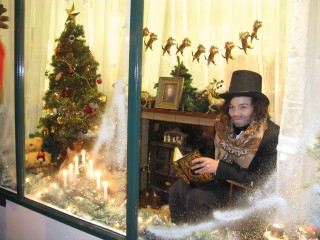 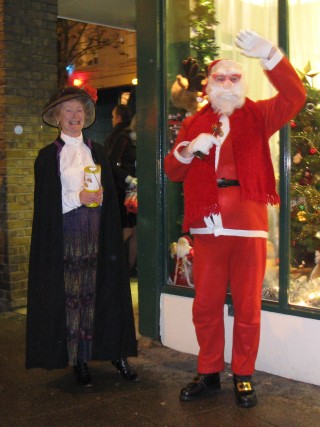 Collecting for the Isobel Hospice with the help of Santa 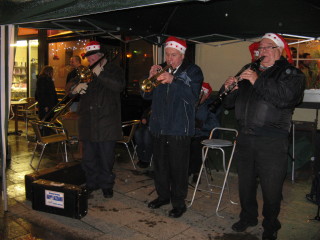 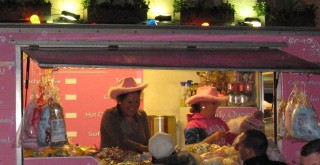 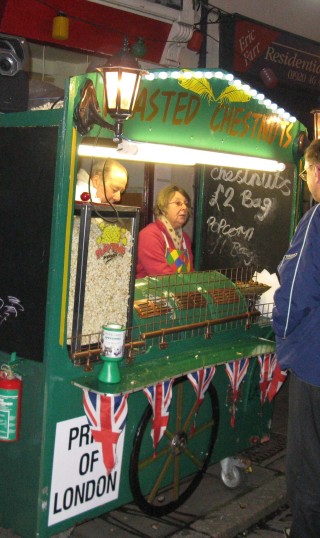 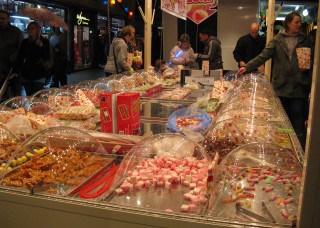 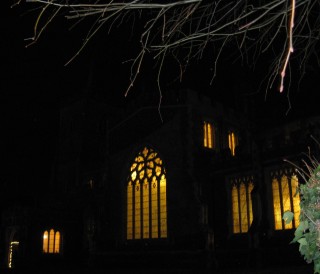 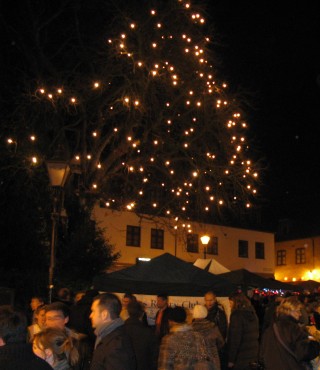 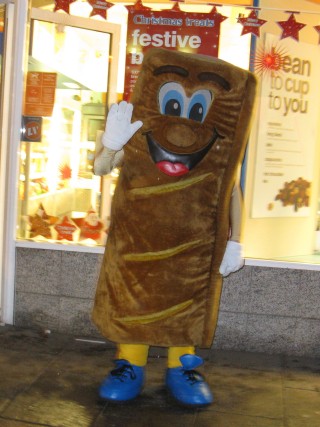 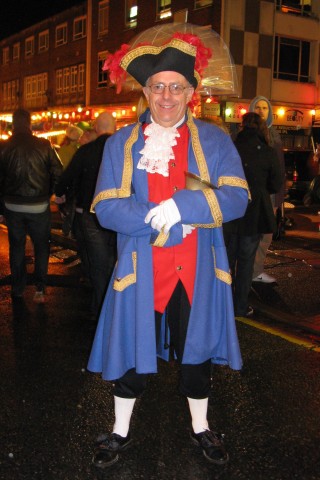 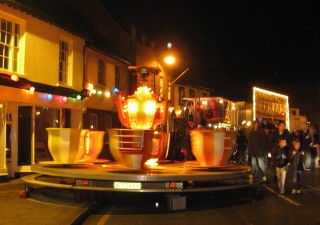 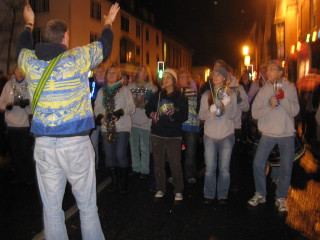 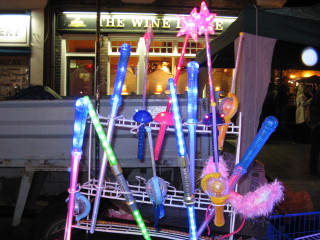 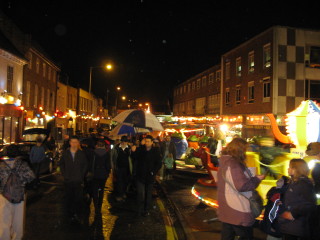 Despite the rain there was a great atmosphere at Ware’s annual Dickensian Evening on Friday 4th December 2009.

The festive festival, featuring funfair rides and over 30 stalls run by local charities and clubs, has been running for 12 years.

I had gone to the Dickensian Evening two years before and it had been a lot more crowded. Usually about 10,000 people turn out into the streets of Ware for the revelries but there weren’t as many this year – probably because of the rain.

The High Street, Baldock Street and Amwell End were closed to traffic for the evening so we started by wandering down the middle of the High Street, taking in the atmosphere and being tempted by all the wonderful food stalls.

A huge hog roast was rotating on a spit outside the Vine where Bill Freeman’s Jazz Band from Hoddesdon was playing throughout the evening. (You can click on the images to see full-size versions.)

Further down the street were hot dog stalls –  not just any old hot dogs but Hertfordshire’s finest Braughing sausages! Women in pink cowboy hats were selling candy floss from a van…

…there was a beautiful stall selling hundreds of different types of sweets and a roasted chestnut stand.

In Tudor Square you really were spoilt for choice for delicious food. The Indian and Turkish restaurants were both doing barbecues outside and I had a really tasty chicken kebab before moving on to the pancake stall for desert.

Having been well fed, we walked passed the horse-chestnut tree in the corner of the square, the lights had been switched on by the mayor earlier in the evening, and into St Mary’s Church to admire the architecture, browse at the bric-a-brac stall and listen to the choir singing carols. They had turned one of the back rooms into a café where we had a cup of tea in and a sit down out of the rain.

We then had browse around the Priory where the Hertfordshire WI had laid on a lovely Christmas market with loads of their trade-mark home-made jam and cakes as well as arts, crafts and jewellery stalls.

It was raining really heavily by now so with umbrellas up we walked swiftly back down the High Street, passing a great band of drummers on the way, down to Amwell End where we bumped into the town crier (below) and then dived into the completely packed Vine for some Christmas cheer of the alcoholic variety.

It wasn’t as exciting as two years ago when I was dancing in the street with the Hertfordshire Hollies (female Morris Dancers that I don’t think were there this time) but I will definitely be going back next year.