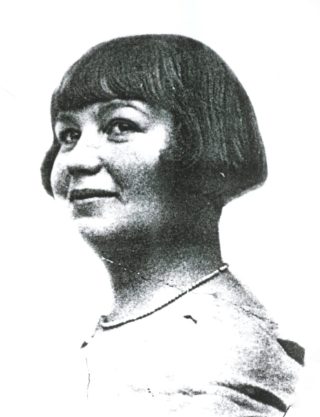 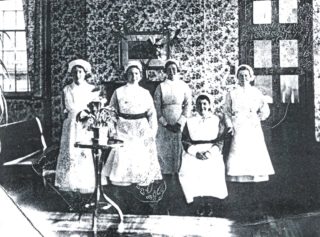 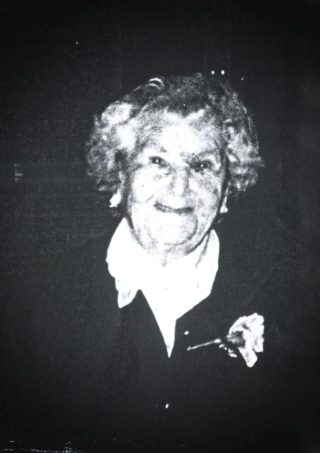 The Amy Wright (1910 – 1997) was a wife and mother of six who, originally from Yorkshire, moved to Watford to raise her family and pursue her career in nursing. She devoted her life to looking after others – working at Leavesden Hospital for 24 years and volunteering to look after the babies in the hospital for three years. Another passion of hers in later life was dancing, many of her dance steps can be found in her diaries! The following extracts come for the diaries she kept from 1935 to 1995. Her diaries can be read in full at Hertfordshire Archives and Local Studies.

27 February 1953 – “Ferrell pains in head. Stayed in bed until the children went to school.”

25 July 1959 – “Mary and Dave home. Bought us a lovely glass dish for our wedding anniversary. Went to Hare for a drink. Didn’t enjoy it.”

10 August 1962 – “Came home from Cornwall. End of a lovely holiday but no place like home. All pleased to see me back.”

10 September 1964 – “Went on moors. Everything looked beautiful, trees in their Autumn colours. Had a picnic.”

27 May 1965 -“Went to Regent Street. Bus jolted just as i was reaching for rail. Terrible swollen eye, cut and bruising.”

31 August 1968 – “Came back from holiday. Had a lovely week, enjoyed it. Called at Andy’s for Jill. Wasn’t made very welcome, didn’t stay. Saw Hazel.”

28 September 1980 – “Went to see Sonia, what a sight, she was dressed in men’s pyjamas. Clothes been taken from her. Said she had two injections.”

3 September 1981 – “Went down to Hazel. Still in pain in tummy. Didn’t stay too long as I thought she wanted to sleep. Sonia went out early and went to bed at 11 but didn’t see Sonia.”

23 June 1982 – “Got up early, did washing and curtains and windows. Fetched boxes from green grocers. Sonia’s friend, Lucy, came to see beds. Football match on, they didn’t stay long.”

11 January 1983 – “Didn’t get up early. Went in to see Mrs Bruley, much better. Marg phoned to say she was popping up. Came 2pm. Having pains in her stomach, didn’t have anything to eat. I went up to Brenda’s. Nick to me the night before he’d put £8 worth of petrol in my car, but only enough to take me to Brenda’s and down St Albans Road. Eco petrol! Berne came over and brought me a beautiful cream cake. Brenda got me leg of lamb.”

2 September 1984 – “Got up and baked mince pies and bun. Went with Mrs Butterfell blackberrying at Bedmond fields where they are making a new road. Was cross and forgot to take flask. Called in Michael’s. Marvin made us a cup of tea… Marg phoned.”

7 July 1985 – “Had all our meas outside, did nothing but sit in the sun. Elsie put wind – so it was lovely. Colin came and gave me a lovely bunch of roses! What a lovely dinner we had, fit for the Queen.”

17 May 1987 – “Very cold, wet day. Elsie phone to say Anne was much better and had gone home. She was on the phone for 3 hours. Mary phoned, said she was having trouble with Post Office about her money.”

14 January 1989 – “Got up and washed my hair. Went to see Hazel but lost my way. Lost my car, didn’t know where I’d parked it! A kind man from Kings Langley and his soon took me in his car and found it then and drove behind until I’ve come to Rolls Royce. Phoned Margaret, she came and went to Hazel’s. Just going out with Mary to Police Station as she had locked herself out. “

21 August 1990 – “Bobbies Anniversary. Thunderstorms during the night. Elsie’s friend came at 11am. Had coffee and cakes. Went at 12 noon.”

16 July 1991 – “Beautiful sunny morning. Phoned Brenda, thanked her for the book and marmalaide. Going to sort her uncle’s house out with Daphne etc. Went to WMCA, only 5 came. Gave Clive £10 for career box. New dance (saunter).”

18 August 1992 – “House insurance. Went to WMCA. New dance floor very slippy. Had a party for – Plenty of food etc. sunny day. Met Beryl and dog outside shop, her hubby had had an accident in Asda.”