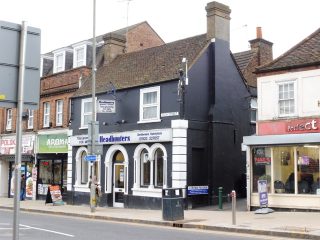 The Three Crowns, Watford. David Salter's almshouse was built in the yard behind. Feb 2017
Colin Wilson 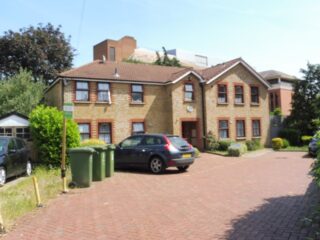 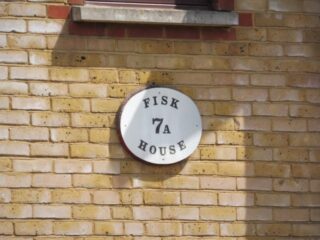 Whether David Salter was strong-minded or stubborn depends on which side of the discussion you are on. Maybe Bennewith summed him up by writing, “Beneath his kill-joy, Puritan hide lay a heart that melted at another’s need’.

He was baptised into the Baptist church at the age of 28, then he and his brother, along with some others, took a lead in the Watford Baptist Meeting Place (now Beechen Grove Baptist church). When a discussion about a vestry extension was unresolved, he sorted the problem by paying for it. The family paid for other improvements as well. However, there were times when he just couldn’t work with other church officials .

Sadly  his wife died after only 3 years of marriage, possibly while giving birth to their second child. The result of this was that he became a bit reclusive and eccentric, though he continued his activities within the church.

However, in 1843, when he was 72 years of age, he founded four almshouses on land behind The Three Crowns public house. This was one of the many yards in Watford erected at about that time. They should not be construed as back yards; they were areas behind the street frontages where groups of dwellings and businesses were located.  There is a picture of the building in the Watford Observer. Each was to be occupied by a poor man and his wife, or an unmarried poor person, male or female, of good character, and of the age of fifty years at the least, whether receiving parochial relief or not. Interestingly there does not seem to be a requirement for links with the church as happened with so many other church-linked institutions.

David died just 5 years later. In his will he endowed the almshouses with £1,300 consols – less legacy duty. The inmates of each of the four almshouses received £6 18s. a year from the charity.

There was a minor incident 25 years later when a chimney caught fire because of soot, but the blaze was soon put out with little resultant damage. The newspaper report only mentions two policemen and couple of firefighters.

By about 1960 the building was in a poor state of repair. The Council wanted to enlarge the car park behind the Three Crowns, so it was demolished. The charity continued its work, however, and still has accommodation in apartment blocks located in Monmouth Road and Cassio Road, in association with Watford Community Housing Trust.

The charity is registered with the Charity Commission (ref 214795), and affiliated to the Almshouse Association.

History of Beechen Grove Baptist Church, by Walter Bennewith 1956 (not seen for this article).

http://talltalesfromthetrees.blogspot.co.uk/2012/06/david-salter-1771-1848-and-car-park.html has more information about David Salter and a picture of the original almshouses.

Watford Observer, 7 Feb 1958. Includes a picture of the original almshouses