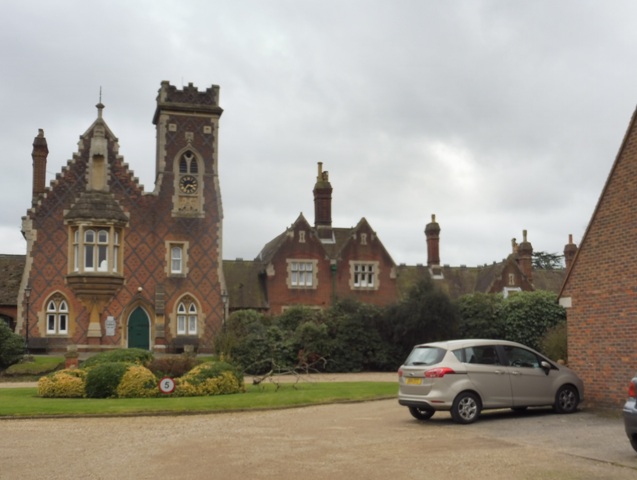 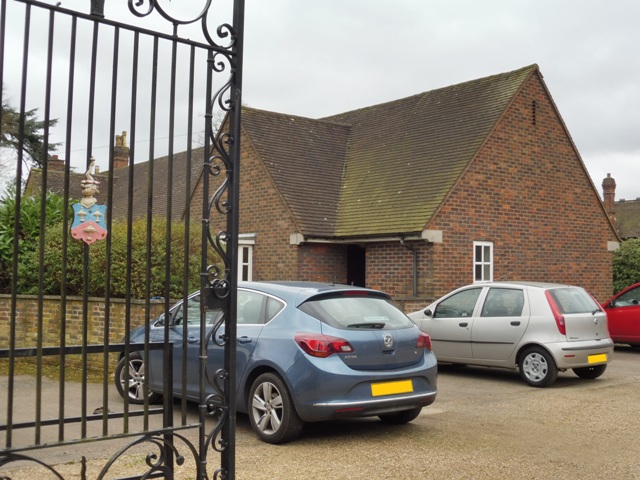 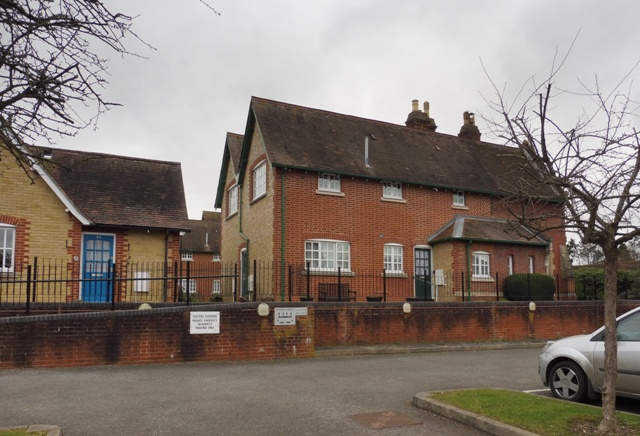 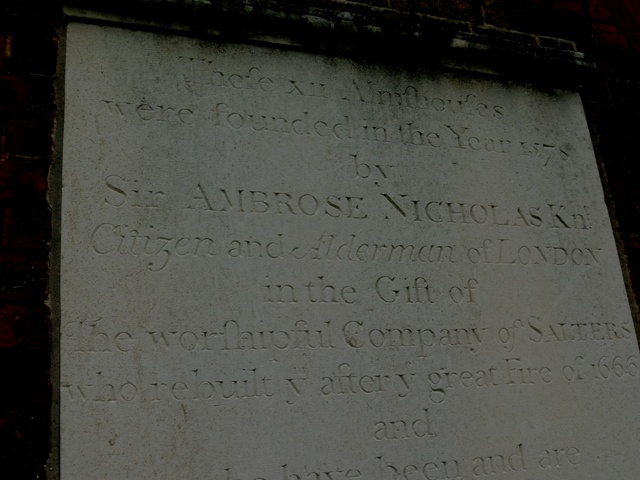 A lucky look back to say goodbye to the warden suddenly answered my question. Information had been found about the Nicholas, Ambrose and Salters almshouses in Watford but the link (if any) was unclear, and another Salters almshouse on a different site was mentioned. Next to the door of the warden’s office was a stone removed from a previous establishment in London. The resolution was that Thomas Beamond founded an almshouse at Bread Street, Ambrose Nicholas founded another at Monkwell Street, these two being assigned to the Salters Company, one of the London guilds. These were relocated to Watford. The other Salter’s almshouse turned out to be a completely different establishment by David Salter, the name being a coincidence.

Thomas Beamond (or Beaumont) was a member of the Salters Company in London. In about 1454, during the reign of Henry VI, he gave Salters Hall in Bread Street (between the Mansion House and St Paul’s Cathedral) and established an almshouse for 6 men next door.

In 1578 Sir Ambrose Nicholas founded an almshouse in Monkwell Street, Cripplegate, for 7 men and 5 women, freemen of the Salters Company. It seems they were to the north of St Paul’s Cathedral and London Wall at what is now known as Monkwell Square. They are mentioned in his will so were probably built just before his death.

The almspeople were given a black gown following his death, and 5 sacks of coal each Christmas. This latter from Nicholas’ will had an interesting aspect. Two apprentices were lent a sum of money interest free, but one of the requirements was that they should provide the coals for the almspeople. Maybe this would instil in them some of the philanthropic ideas shown by Nicholas and the Guild.

Salters Hall and both almshouses were destroyed in the Great Fire of London in 1666. As Monkwell Street is just on the northern limits of the fire, you could say there was an element of being unlucky. They were rebuilt by the Salters Company. A sketch from 1852 showing the imposing buildings is held at London Metropolitan Archives. My assumption is that the two institutions were combined in the new building, although the datestone only mentions Nicholas and an 1867 reference has been found to Bow Lane.

By 1863 the area was needed for new warehousing, and a suitable site for a new building was found on the north west outskirts of Watford (the area has since been absorbed into Watford). The dedication stone was moved there from Monkwell Street to preserve some continuity.

English Heritage cites T C Sorby as the architect, while Illustrated London News Jul 30 1864 records the architect as John Collier of Putney, and the builder Mr King of Shefford in Bedfordshire. The latter issue includes an etching produced from a photograph. Either way, the cost was £8000 plus the cost of the land. It was built in the Gothic style, to house 12 females and 8 males. The opening ceremonies were reported in the local newspapers.

New chimneys were needed as early as 1878. Water supply and drainage became issues in the later 19th century. Land in the area was advertised for development from about 1867, and it seems that new sewers were installed, but issues arose at times for the next 40 years. While the details are sketchy, it looks as if some areas had adequate sewerage while others did not. This did entail some expense for the Salters Company towards the end of the 19th century.

In 1992 the Salters Company granted a long lease to Warden Housing Association (now known as Home Group) who redeveloped the site for 39 residents. The present accommodation consists of the Gothic style building along with modern brick-built bungalows. The Company retained the rights to 12 units within the development. This entitles The Salters’ Company to make recommendation of elderly residents in need, over the age of 60 and with limited means who meet the criteria of The Salters’ Company Almshouse Trust. Residents should be capable of independent living and have friends or family within the local area. The premises are Warden Assisted five days a week, with emergency facilities out of hours. The rent is set by the Housing Association and includes a monthly maintenance and supporting people charge.

The building was been listed by English Heritage (ref 1348084) in January 1983. The accommodation now comprises the original Gothic building along with a number of more modern brick-built bungalows.

The almshouses are affiliated to the Almshouse Association and registered with the Charities Commission ref 226799.

Fire comes into the story a number of times. The Salters Hall given by Beamond was burnt down in 1533, 1539 and 1598. Ambrose Nicholas was buried in St Mildred’s, Bread Street, which succumbed to the Great Fire of 1666, along with the almshouse in Monkwell Street.

Theft took place even while the Watford almshouses were being built. George Evans, a labourer, was sentenced to six months’ imprisonment with hard labour for stealing 113 lbs. of lead, the property of his master, Mr. John King, of Watford, which was to be used for the almshouses.

Hertfordshire Archives holds a bundle of documents (ref DP/117A/7/1) concerning the right to reserve pews for inhabitants of the Salters’ Company’s almshouses in return for annual payments.

The usual death notices are reported in the newspapers, mostly showing ages between about 70 and 88. Two are of some interest. In 1892 Eliza Martin was killed after she fainted while boarding a train at South Acton, indicating at least some of the residents travelled around. Unfortunately this resulted in a broken arm and transfer to Watford hospital, where she died as a result of heart complications. Jane Sophia Emmerson died at the almshouse aged just 27. Was she living with a relative?

An 1864 trial report notes that a Mr Marten was assaulted. This would be soon after the almshouse was opened. His wife gave evidence, indicating that married couples were allowed.

Dr F H Wilson Iles was surgeon to the Salter’s Almshouses among many other activities, hence there was some medical provision for the residents.

A Bible class was held at the almshouses in the 1890s.

HALS Document reference: DP/117A/7/1 is a bundle of documents about the right to reserve pews for inhabitants of the Salters’ Company’s almshouses in return for annual payments

Historic England’s listing can be found at https://www.historicengland.org.uk/listing/the-list/list-entry/1348084

City of London Livery Companies Commission. Report; Volume 4. Originally published by Eyre and Spottiswoode, London, 1884. This detailed article is about income and payments at the time the almshouses were to be moved to Watford

Newspapers can be accessed online at British Newspaper Archives