You are here: Home>Herts history>Topics>World War One>A Victoria Cross of the First World War - the medal that 'starred' on the silver screen years later 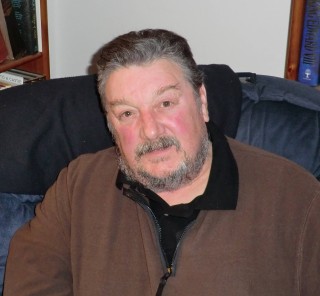 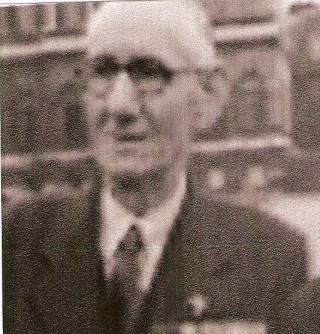 Arthur Cross V.C. in the early 1950's
From an old photograph

As the centenary of the Great War fast approaches, clearly it is important to gather as much material from those terrible days as possible and preserve them for posterity, particularly when such material comes down to us relating to the exploits of an outstanding hero.

I recently met Alan Cross, a resident of Watton at Stone and great nephew of Arthur Henry Cross who had, in the course of his war service, been awarded not only the Victoria Cross but also the Military Medal for great gallantry. The son of a wheelwright, Arthur Cross originated in Shipdham, Norfolk and, after serving initially in the First Surrey Rifles, he transferred in 1917 to the then recently formed Machine Gun Corps.

Those serving in the Machine Gun Corps at that time led an existance even more hazardous than that of other comrades at the front. In common with soldiers using flame-throwers, such individuals could not expect to receive much consideration if captured by the enemy, and were often dealt with summarily.

On 25 March 1918, at Ervillers, France, Lance Corporal Cross, then 33, was on reconnaissance of a position recently captured by the enemy, which included two British machine guns. Creeping towards the position, carrying only a service pistol, he found the trench in enemy hands and surprised seven Germans, who threw  down their weapons. Our hero then marched his prisoners back to the British lines, using them to carry the re-captured machine guns, complete with tripods and ammunition. Upon return, the guns were able to be brought into action in time to assist in the annihilation of a very heavy German attack.

In June, later that year, he was awarded the Muilitary Medal for a further act of bravery.

The Second World War brought Arthur Cross great personal tragedy and sadness as, widowed earlier, he was widowed a second time when his wife and two children were killed in an air raid.

Although well known for his unwillingness to discuss his wartime experieces, he did in 1954 lend his Victoria Cross to David Niven for his starring role in the film “Carrington V.C.”. He later went to Shepperton Studios as guest of honour during the making of the film, which is still broadcast on television from time to time.

On 27th September 2001, the Machine Gun Corps Old Comrades Association, after a nationwide appeal amongst its members, held a ceremony at his unmarked grave in Streatham Vale Cemetary to dedicate a fitting memorial to Arthur’s bravery.