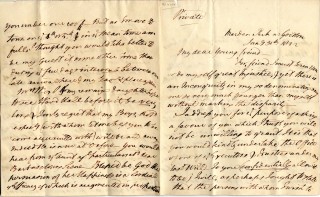 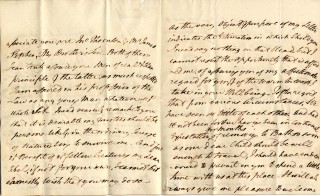 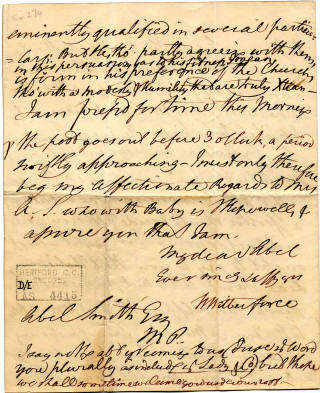 Abel Smith of Woodhall Park, Watton-at-Stone, is 33 when the aging Wilberforce writes to his ‘young friend’ in this letter, dated 1822, to ask him to be an executor of his will.

Wilberforce names the other executors as John Thornton and James Stephen, who was the son of the legal mastermind behind the 1807 Abolition of the Slave Trade Act.

Abel Smith was MP for Hertford, and ‘the estimation in which I hold you’, suggests that he shared Wilberforce’s convictions, and was a fellow supporter in Parliament of the abolition of slavery.