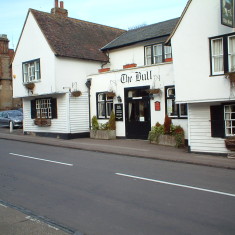 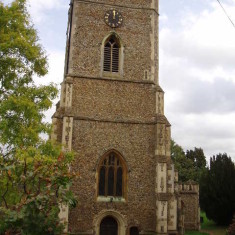 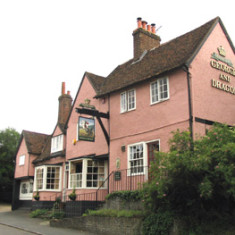 The George And Dragon Pub Watton-At-Stone 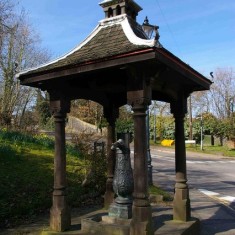 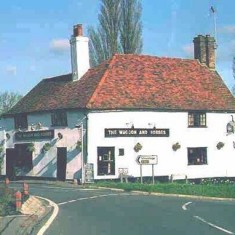 The Waggon And Horses 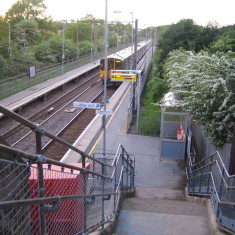 Watton-at-Stone is a village in Hertfordshire, England, it is between the towns of Stevenage and Hertford in the valley of the River Beane.

There has been a church at Watton-at-Stone since the 13th century. It was originally dedicated to St Mary, but St Andrew seems to have been added in the early 19th century.

The tower is said to be haunted by a grey lady who threw herself from the top when she was spurned in love.

The train station serves the village of Watton-at-Stone. It is on the Hertford Loop branch line between Herford North and Stevenage and is served by trains operated by First Capital Connect.

A single-track section through Watton-at-Stone opened on 4 March 1918, with the track later being added.

There were four trains per day. They started on 2 June 1924, stopping on request at Watton-at-Stone.

The Bull was severely damaged by fire during the night of 13 February 1990. During its restoration, the various developments of the building have been identified, the earliest portions dating back to about 1400.

The George and Dragon is the youngest of the public houses in the village. The earliest known reference is in 1619 when it was licensed to Thomas Diason, having previously been held by Richard Hindle.

The suffix for the village (at-Stone) dates from the early 13th century and is derived from the presence of two large examples of Hertfordshire puddingstone, now situated at the Waggon and Horses public house.

The Village of Watton-At-Stone has cast iron water pump, which dated from the early 19th century. The pump was once the villages main water supply, now dry.