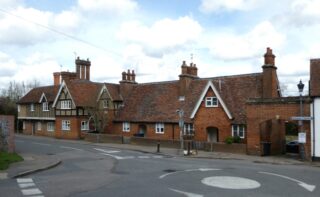 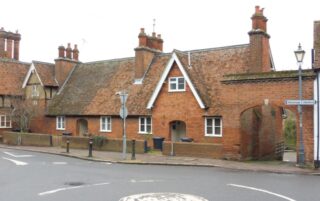 The southern end of Abel Smith's almshouses. The datestone is on the left gable. Jan 2017
Colin Wilson 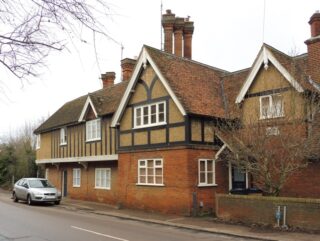 The northern end of Abel Smith's almshouse. The datestone is on the right hand gable. Jan 2017
Colin Wilson 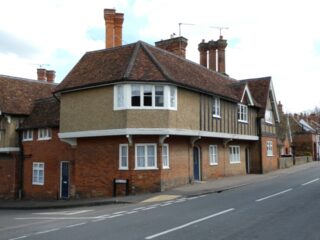 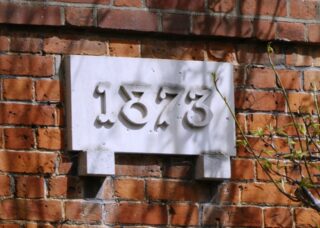 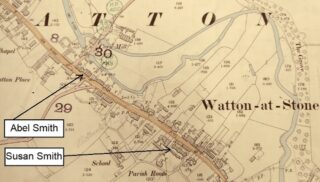 These almshouses are situated in the middle of Watton at Stone, opposite the distinctive water pump (possibly made from an old cannon). There is no dedication, the only information being the datestone of 1873. They look distinctive, with low front walls, Tudorbethan style porches (as an architect friend describes them), steep high roofs and gables. There are similarities to Susan Smith’s almshouses just down the road. Like them, they were probably designed by George Devey. They were listed by Historic England in 1986, ref 1341465.

The Historic England website says there were 8 almshouses, reduced to 6 dwellings. Vyse notes that there were 4 dwellings, which were vacant when he visited in 1983, and in the process of being converted into two dwellings.  Maybe this referred to the single storey section at the southern end. A chance meeting with one of the estate staff in Oct 2017 provided the information that by then they were let at market rates.

Abel Smith had considerable influence in the Hertford area. He was the local MP, the principal landowner (with the Woodhall Estate) and was active in both civic and community matters. He funded much of the restoration of the church of St Andrew and St Mary. Abel Smith died in 1898. His obituary includes the comment ‘Mr Smith was possessed of a natural modesty, which prevented him anything in the way of ostentation’.

The 1881 and 1898 OS maps annotate both this and Lady Susan’s almshouses. Later versions only annotate Lady Susan’s. Neither Victoria County History nor Wittering mention these but do mention Lady Susan’s.

Readers are referred to the article Watton at Stone. Lady Susan Smith.

Herts Advertiser 04 June 1898 page 4 col 7 contains Abel Smith’s obituary. It concentrates on his political career but does mention the almshouses.