A lifeline lost and then re-gained after 43 years 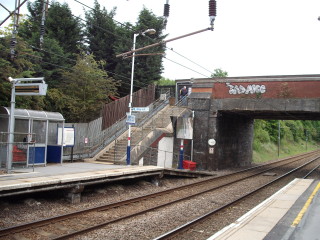 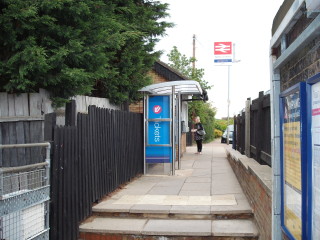 Anybody commuting regularly from Watton to London can be forgiven for taking the convenience of a station in the village for granted – I did, for many years, although I had heard tales of the action of residents back in the ’70’s and ’80’s and a collection house to house towards the cost.

Early days:
The railway came to the locality back in 1918, when a single track line was opened connecting Cuffley and Stevenage, although it was not until 1924 that any passenger trains stopped at the, then, hamlet of Watton-at-Stone. No station, as such, existed in those days and passengers had to contend with a modest ‘halt’, which was little more than a crude platform made of old railway sleepers and a basic shed, which was the shelter from inclement weather for those commuters waiting for one of the four trains per weekday for Moorgate, which ran in those days. The hamlet of Stapleford, a little way down the line, enjoyed a similar arrangement.

Wartime closure:
Upon the outbreak of War in 1939, both of the ‘halts’ were closed down and no more passenger trains were scheduled along that stretch of the line until 1962. Even then nothing stopped at Watton, although something was to happen at British Rail over the coming years and pressure was beginning to build in the, by then, village.

Back in business:
Finally, in 1981, a financial package was put together, of which the lion’s share comprised £80,000 from Local Authority funds, £4,000 from Parish Council funds and a remarkable £4,000 raised from the good people of Watton and neighbouring parishes.The big day finally came on Thursday 15th June 1982 when the Chairman of British Rail, Sir Peter Parker, officially opened Watton Station, and its first train for almost 43 years left, bound for Moorgate and bearing a banner entitled “Watton Venture”.

A very special booking clerk:
Before closing, I feel strongly that mention should be made of a gentleman who, for many years, made my travel on the railway a warm and pleasant experience and, I am sure, also that of my fellow travellers. David Elson has been the booking clerk at Watton station since 1999. Quite apart from his cheerful greeting each morning to everyone and his courteous assistance in every matter, he has been known to provide hot coffee to passengers stranded by delays, this apart from knowing every dog walker who passed by and providing a bowl of water and ‘doggie chews’ to their charges. Christmas time at the station has to be seen, when David decorates his ticket window with bunting  and provides a free raffle for his ‘regulars’. Thanks to him commuting from Watton at Stone to Town was, and still is, a necessary but pleasant experience for a great many people.

(Acknowledgement to Watton-at-Stone village guide for some source information)