Directories - a fascinating source of information 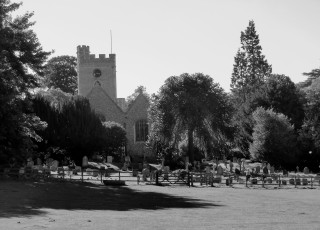 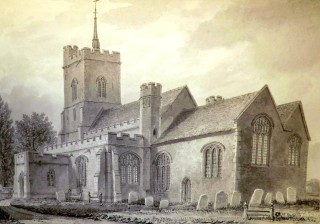 Browsing through the 1859 Hertfordshire Post Office Directory – the earliest I could find featuring Watton at Stone – I could see what a ‘buzzy’ place the village had been in those days, when the village population was 976 (1851 Census).

In a general description the place seems much like it is today.There was no Methodist church in the village then and the Church of St. Andrew & St. Mary had just received extensive restoration costing £7,000 due to the generosity of Abel Smith. In those days its tower sported a spire or Hertfordshire spike in today’s parlance. The Rector was the Hon. (& Rev.) Lowther Barrington MA and the Curate was the Rev. Robert Chamney BD.

It had a Post Office, through which letters were received – via Ware – at 8.00am and dispatched at 6.30pm. If anybody required a money order, a journey to Welwyn, Ware or Hertford would be necessary.

Schools (described in the Directory as “public schools”) were a National for boys under Alfred Hilton (Master) National for Girls under Miss Mary Bottomley (Mistress) and for Infants under Miss Eliza Parnell (Mistress). Additionally under the heading “Commercial” appears a Miss Sarah Price, proprietress of a “Ladies school” – some sort of academy ?.

“Gentlemen” in the village were listed as Abel Smith Esq., Herbert Hodges Esq., and John Tims (Mr) – seemingly there was a reason for the difference in title ?

The listing under “COMMERCIAL” is a little more interesting and comprises many trades and occupations. There are two ‘officials listed i.e. a Henry Collins – Inland Revenue Officer – and David Peck – Registrar of Births and Deaths  Relieving Officer.

A loss to the village over 50 years ago was the watermill (still in ruins), but in the directory we have Fredk. Newman – Miller, Malster and Farmer.

Amoungst places of hospitality there are names known today, recently lost, and some consigned to history, Benjamin Gregory of the Waggon and Horses (recently closed), Thomas Izzard of the George and Dragon, but a puzzle is Geo. Willis (also a bricklayer) of the Black Bull (possibly the Bull which has existed in Watton for centuries has been renamed since 1857)  There is also a William King described as a Beer Retailer (possibly trading from a room in his dwelling as a cottage industry) and Geo. Rose trading as the White Horse Commercial Inn (which just might refer to the White House in the High Street).

For the villagers’ health there was Herbert Hodges – Surgeon. and for personal needs there was Mary Moginie – Draper – and Samuel Maginie – Grocer and Draper – two Butchers – Edward Parker and Richard Field. There was a Grocer & Baker – James Baron (the surname having more recent echos),a Charles Field who was also a Grocer, and Sarah Waldous – Baker & Grocer.

For attire, there was William Singleton – Tailor – and two Shoemakers – a Charles Fletcher and a Benjamin Chapman.

The final one remaining is something of a mystery, being a Mrs. Elizth. Ambrose , with the description/occupation of “Gate” in Whempstead. (one could speculate whether this might refer to her being a gatekeeper, for a road toll perhaps?)