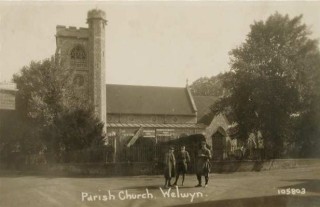 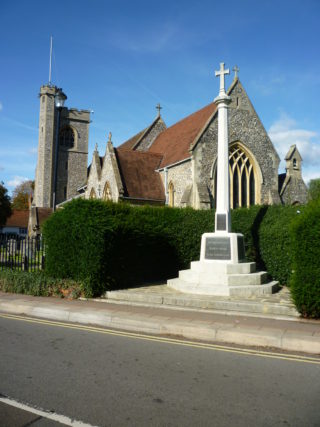 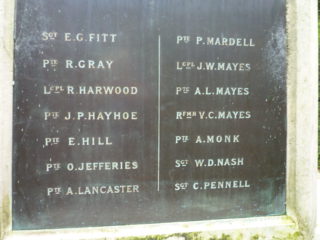 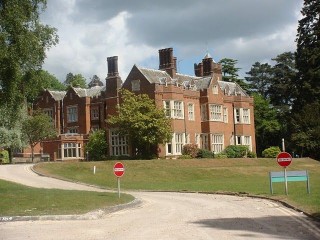 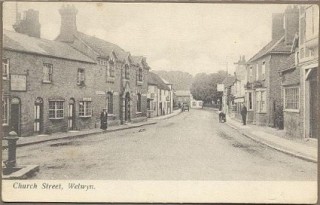 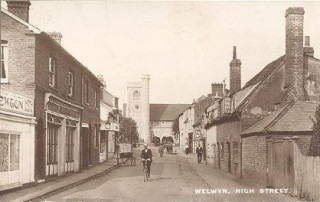 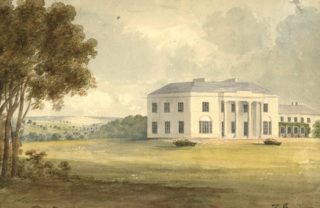 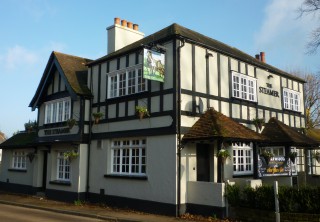 1918 started with some cold weather.  The log book for Digswell school noted[1]:

“17 January 1918:  As only 15 children came to school this morning on account of the snow Mr Taylor and Mrs Chambers [school managers] advised that they should be sent home at 12 o’clock and the afternoon meeting abandoned“.

The weather did not interfere with a successful fundraising event.  The Hertfordshire Mercury  for 19 January reported on the Sale of Work at St Mary’s hall, Welwyn, in aid of the Red Cross hospital at Codicote and the Hertfordshire Prisoners of War (POW) Fund, recording that “Although the weather was most unfavourable there was a large attendance and the handsome sum of £50 was realized“.  A week later a further sum of £35 was raised for the POW fund with an entertainment by Welwyn Follies at the same venue.

By the end of the month a thaw enabled the boys at Digswell school to spend one hour digging on 28 and 29 January.  At Ayot St Lawrence an earlier start had been made with the school log book entry recording[2]:

“10 January 1918 – Six boys and six girls commenced digging the school garden today“. The school garden was an important element of food production which was a matter of general concern.

The minutes, for 2 January 1918, of the Welwyn Rural District Council[3] noted the appointment of Mr Joseph Fitt of The Frythe, Welwyn, to assist in the establishment of the Village Food Production Society and to give advice and direction to allotment holders.  (Joseph Fitt was the gardener to the Wilsheres.  His son, Ernest George, had enlisted in 1914 but was killed on 30 September 1915.  He is commemorated on Welwyn War Memorial).

Welwyn Parish Council[4] also had an eye on food production.  They had authorised the purchase of a potato sprayer the previous year but agreed, in March 1918, that an extra length of hose  (about 6 foot long) would be purchased.  They also accepted, with thanks, Mr Ansell’s offer of sulphate of ammonia for allotment and other potato growers. (Whether the extra length of hose and sulphate of ammonia were successful is not known but the Council meeting on 11 November 1918 recorded that:  ” With reference to a Circular from the Food Production Department as to a lecture on Potato Spraying it was resolved to try to arrange a meeting in the New Year if a lantern and operator could be found“).[5]

As for previous years, the main topics for discussion at Parish meetings were on local concerns such as  support for the petition to the Postmaster General that a Post Office should still continue at Woolmer Green, a resolution to point out to Miss Wilshere the dangerous state of the fences at the side of the footpath at Hobbs Hill and the Council noted the loose gully in the pavement near Mr Coulson’s.  Later in the year (August), the Hertfordshire Mercury reported on an  accident in that area.  Mr T G Waller, “an old and much esteemed resident of the parish had been to Mr Coulson’s shop and fractured his arm after he tripped in the roadway“.  On a happier note, the paper recorded “a pretty wedding” at the Roman Catholic church in Hertford between Mademoiselle Aline Bostell of Church Street, Welwyn and Gaston Capouillez, a motor-cyclist with the Belgian Headquarters in France.  It recorded that “The bride, who is well known and much respected in Welwyn (having resided there for a considerable period) is employed at Coulson’s Stores.”.

[The Hertfordshire Mercury reported on the first arrival of Belgian refugees in Hertford on 31 October 1914.  The following week’s edition noted that Miss Wilshere had placed an empty cottage on Hobbs Hill, Welwyn, at the disposal of a Belgian family, Madame Baetens with her four children and sister.  Her husband was at the front.  Clearly, there was some concern about refugees being a burden on parishes.  The paper also recorded the arrival of four families in Ware, “all of the respectable artisan class“.  The families included an old lady of 83, three orphan boys, a cabinet maker, a copper-smith and a printer.  Two had found employment, “and this not at the expense of English workmen“.].

Fuel was also a matter for control and in April the RDC discussed a proposed scheme for distribution and supply of household coal. In July they appointed James Henry Hill as Local Fuel Overseer, at a salary of £60 pa.  (The Rural District Council meetings were held in the board room of Welwyn workhouse where James Hill and his wife, Lizzie, were Master and Matron.  Their daughter, Meta Hill, recalled that during the war the inmates were moved to the infirmary block as 25 soldiers were billeted at the workhouse and another 25 came in for meals.  As they had their own cook, Lizzie just provided meat puddings.  As far as the inmates were concerned, she recorded that “our old people had a lovely time while they were there, they collected coloured soap, and oh, the tins of jam, etc!“).  (“The last days of Welwyn Workhouse”, Herts Past and Present, volume 5).

Another shortage was that of men to serve in the forces.  The Hertfordshire Mercury for 10 August 1918 reported on a case demonstrating how desperate was the need for recruits.  Digswell House was being used as an Auxiliary Hospital for Australian officers.  There were 24 beds and it was run by Mrs Acland who, the paper noted, was “giving up her house, time and her means for the good of the nation“.  She was supported by one man,  William Hope, aged 44, a builder who had lost an eye.  The Local Tribunal granted conditional exemption to 31 October 1918.

The officers at Digswell House put on an entertainment at St Mary’s Hall at the end of August to raise funds for the Red Cross.  The Hertfordshire Mercury reported that the programme “found much favour with the audience, who showed their appreciation by frequent hearty applause“.

Another wedding took place in Welwyn in October and one which may have been unusual for the first world war.  The Hertfordshire Mercury  for 12 October 1918 reported on a “Khaki Wedding” held on the previous Saturday where both bride and groom were in uniform.  The bride was Ellen May Whittle, daughter of Mr and Mrs George Whittle of “The Steamer” public house.  It was noted that she was the first lady in Welwyn to join what was to become Queen Mary’s Army Auxiliary Corps (QMAAC).  (Might she have been influenced by soldiers who were billeted at “The Steamer”?  Link here).  The groom was Company Sergeant Major Seebling of the Coldstream Guards (a Mons hero).  The presents were described as numerous and useful and included, to the bride, a silver teapot, suitably inscribed, a brass kettle and stand from members of the QMAAC at Windsor;  the groom was presented with a sum of money from his company and a walking stick with his name and regimental crest.

“The blackberry gathering scheme undertaken by the teachers and scholars has been very successful.  2 cwt 3 quarters  and18 lbs of blackberries have been gathered for which the sum of £4.1.6d has been received from the Food Commissioner and this has been distributed to the children who were paid at the rate of 3d per lb”.   Further harvests were noted:

The signing of the Armistice was cause for general celebration in Welwyn with people hanging out flags, singing patriotic songs and the boy scouts parading the streets in the evening with their bugle band.  A time for reflection followed with a united thanksgiving service at the parish church conducted by the Rector and Rural Dean, Reverend Wathen, with J H Belton, Minister of the Bethel Chapel, reading the lessons.  The list of the fallen was read and a special prayer offered.  The Hertfordshire Mercury’ s comment was that “This portion of the service was truly a most impressive part.  The service will be remembered for a very long time to come.”

Armistice Day was celebrated at Digswell school with the log book recording that:

“11 November 1918:  Miss Acland, accompanied by an Australian Officer, brought the good news that the Armistice had been signed and after a short address and the singing of the National Anthem, the children were dismissed.

A few weeks later there was less to celebrate:

As the Hertfordshire Mercury reported on 26 October 1918, school attendance in some parts of the county was very bad for two reasons, an epidemic of influenza and an epidemic of potato picking and if the potatoes were not picked the food supply for the country would be affected.

In spite of food shortages,  The Welwyn Board of Guardians (HALS/BG/WEL) recorded on 27 November that “The Master of the Workhouse was instructed to provide the usual Christmas extras as far as possible“.  Meta Hill recalled that Christmas fare would include roast pork for dinner and, in the evening, beer for the men and tea for the women.

Further information on Welwyn during World War 1 can be found on the Welwyn and District History Society web-site – link here.