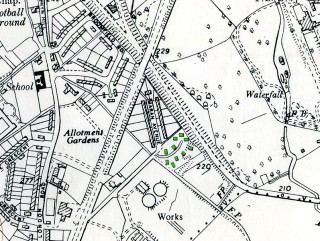 In 1946, the keys of number 5 were handed over to Mr and Mrs Nottage, the first tenants of the new prefabs in Maran Close, Welwyn.  There was a ceremony attended by other tenants and council officials.  In 1951, the other occupants were:

The houses may have disappeared some time in the late 60s as part of the land on which they stood is now covered by the busy A1.

Does anyone have any memories of living in a prefab house?