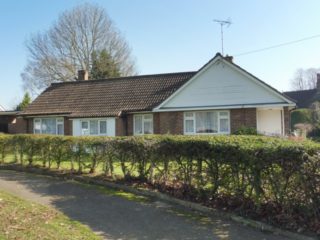 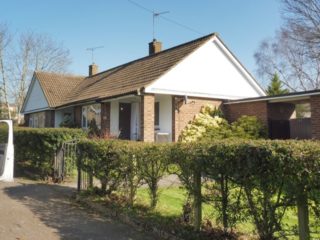 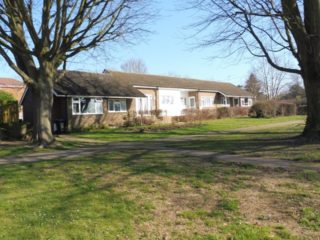 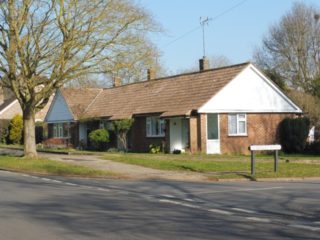 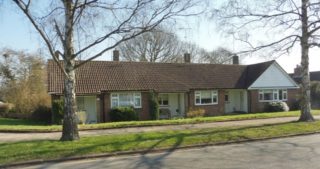 ‘The Hon Alice Coralie Glyn is a woman of word and deed’ is how the Illustrated London News described her on Feb 5 1898. The daughter of Vice-Admiral Henry Carr-Glyn, she was born in 1866 and baptised at St Saviour’s, Upper Chelsea in December. While she married in 1889, only her maiden name is normally used, and later census records refer to her as a single woman of independent means. She died suddenly at Tunbridge Wells in 1928 age 61.

Alice is best known for her work on behalf of women, and her writings. Her two main works were The Idyll of the Star-Flower: An Allegory of Life and A Woman of To-Morrow: A Tale of the 20th Century. They are still available from bookshops over a century after they were written. She founded the Camelot Club in London for women. It only opened on Sundays, when women had time off. They could socialise and obtain food (landladies weren’t so keen on providing meals on that day). The Illustrated London News article comments, ‘The young woman cooped in crowded families or in lonely lodgings is likely to find her spirits elevated by her new quarters’. She had some involvement with the Suffragette movement.

While her death was reported in various newspapers, substantial obituaries or biographies are hard to find.

She left about £31000 in her will, £25000 of which was left to Welwyn Garden City to build homes for poor elderly women. This could simply be regarded as continuing what she did during her life.

That was in 1928 – so why weren’t the homes built until 1951? Alice provided for her long-term friend Lois Twemlow by giving her some personal iems, and the residue of the estate for life and then to Welwyn Garden City. Lois lived to the good age of 91, in 1949. It wasn’t till then that the capital was freed up.

Tunbridge Wells is easy to understand as Alice lived there for about 20 years, but why Welwyn Garden City? It seems Alice had no connection with the place, but may have admired the work of Ebenezer Howard setting up the new garden city in 1920. Part of the land used for Welwyn Garden City came under Hatfield, being purchased from 5th Marquis of Salisbury, so that may explain the provision for Hatfield women. It was only in 1927 that Welwyn Garden City was separated from Hatfield.

The provision was to provide housing for ladies of over 60, of British Nationality, Protestants, who were in need, hardship or distress, who could live independently. Preference was given to those resident for 5 years or more in Welwyn Garden City, Hatfield, Welwyn and Tunbridge Wells. 10 of the bungalows were for one person each, but four had provision for two ladies or a mother and daughter to live together.

Accommodation advertised in 2019 reported the facilities as a self contained 1 bedroom bungalow available within walking distance of local shops, doctors, dentist etc.  The property is unfurnished with a small open plan back garden. A lifeline alarm system is available and gardening services are provided. The accommodation comprises lobby, kitchen, walk-in shower, lounge and small bedroom.

Initially the accommodation was provided rent free, but as time went on it became necessary to ask residents to pay a contribution. This mirrors what happened in many other almshouses. Even so, according to the Charity’s published accounts, the contribution is much less than a commercial rent.

The almshouses, comprising 14 bungalows in four blocks, were built in Hyde Valley and Turmore Dale, both in Welwyn Garden City, starting in 1951. The architects were Paul Mauger & Ptnrs. The plans and correspondence with the Building Inspectors are stored at HALS.

Anyone who has dealt with planning departments knows that detail is crucial. A tree behind 41 Hyde Valley was to be preserved, and white cherry trees were to be planted near the road. Stipulations were made about such things as guttering and extra vents in the larders. It seems that some residents were allowed to occupy some property before final sign-off, probably because the documentation had crossed or was mislaid. This was sorted out, but there was a letter advising the charity not to allow any more residents to take occupation before permission had been granted.

The Alice Coralie Glyn Homes charity is still active, looked after by volunteer trustees. The properties are managed by the Welwyn Garden City Housing Association. The Charity Commission reference is 1076238. Previous references 230988-0 For Alice Coralie Glyn Homes and the linked Hyde Valley Bungalow Trust were removed in 2001 as amalgamated. The Trust is also a member of the Almshouse Association.

Thanks are due to Julie Lowes, the current Secretary of the Trust, for her help with this article.

Newspaper Cuttings
These can be viewed on-line at the British Newspaper Archives website (June 2019)
Kent and East Sussex Courier Fri 05 Oct 1928 has a brief biographical note and funeral details
Sevenoaks Chronicle and Kentish Advertiser Fri 05 Oct 1928. Records her death was sudden and notes her parentage. Adds she was known as a writer with a special interest in social and humanitarian movements.
Western Mail Mon 10 Dec 1928 mentions £25000 would pass to Welwyn Garden City for the purpose of building and endowing free cottages for old women of the working classes.
Sevenoaks Chronicle and Kentish Advertiser Fri 14 Dec 1928 records the value of the estate she left for Lois Tremlow [note spelling error] and Welwyn Garden City.
Uxbridge and W Drayton Gazette Fri 04 Jan 1929. Notes the bequest for building the homes – but why was it recorded in this publication?
St James’s Gazette Mon 31st Jan 1898 mentions the Camelot Club
Illustrated London News Feb 05 1898 records she had set up the Camelot Club

Other Sites
https://www.almshouses.org/news/alice-coralie-glyn-homes-welwyn-garden-city-hertfordshire/
Site, accessed 5 Jun 2019, has an advert for accommodation.

Burial information for 02 Oct 1928 can be found at
https://www.deceasedonline.com/servlet/GSDOSearch?DetsView=Summary&src=ext&fileid=104733. Site accessed June 2019