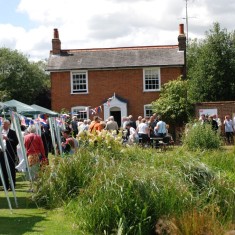 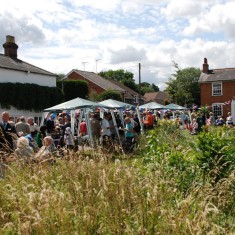 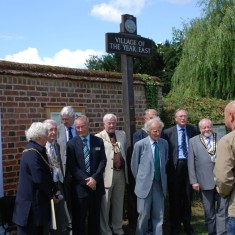 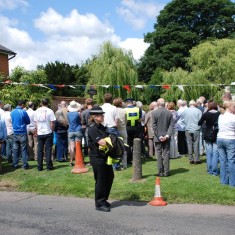 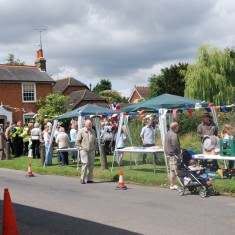 Refreshments are set up beside the village pond
Leonard Pearce 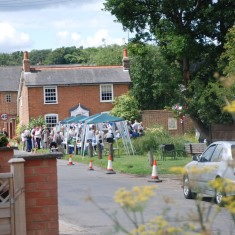 A view of the celebrations from New Road
Leonard Pearce 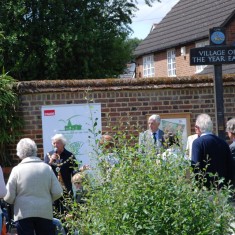 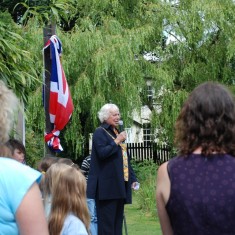 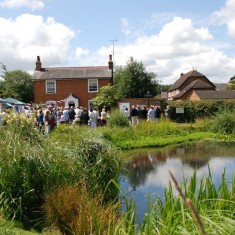 A view of the celebrations from across the pond
Leonard Pearce 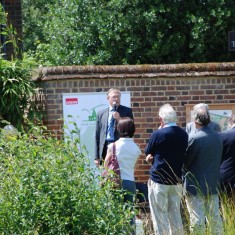 Aside from the prizes presented by Calor the village was also given a red maple by Majestic Trees as a prize for the village’s success in the competition. The village received a commendable report from the judges with the comment ‘This is probably the first time that a village has achieved equal highest marks in every category of the competition.’

Some areas and activities for which the village scored marks included:

• The monthly Farmers’ Market and the organiser who uses his culinary skills to encourage residents to savour the delights of ‘wild food’.

• The local school St Michaels Primary School, which buzzes with a range of activities and was judged to be outstanding at the latest OFSTED inspection.

• The production of a new footpath map and photographic survey by one of the older village residents.

A ceremony was held at the pond on 18th July 2009 with refreshments and was open to all villagers who wished to attend. It was a hot summer day so fresh drinks and strawberries were served under the shade of several small pavilions.

A representative from Calor came to present the award and was received by the parish chairwoman who accepted it on behalf of the village. A commemorative totem pole was erected at the junction between London road and Mardleybury road.