Beer not fit to drink 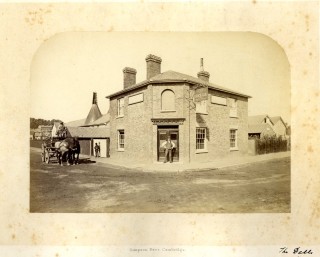 From the Brewers Journal, May 1881

In 1881 Hawkes & Co. were sued for damages by one of their landlords in a case which throws light on the practise of Victorian Brewers of brewing so many different grades of draught beer. The landlord of the Dells in Bishop’s Stortford, Mr Edwick, took over the tenancy in June 1880, and by August he was complaining about the state of the beer being supplied, saying it was not fit to drink.

In the subsequent High Court case, Edwick’s wife said the pub sold three sorts of beer; mild or fourpenny, strong ale, and bitter as well as porter. All the beers were bad except the bitter, she claimed, especially the mild, which was “the staple of the house”.

James Wigan told the trial judge that AK was sold only to private customers, and never to publicans, as it would be too much of a temptation for landlords to sell it to customers as stronger beer than it was. The judge, however, declared that Edwick was not breaking his covenant as he was still selling Hawkes beer, even if he was not getting it direct from the brewery. Nor was it fraud to sell AK bitter, said the judge, as bitter was what AK was.

The case not only depended on whether or not Hawkes had the right to expel Edwick from the pub, but also the way in which it had been done. Mrs Edwick, who had been dragged from a bedroom by a gang of Hawkes’ drayman, was awarded £200 damages against the brewery, and Mr Edwick was awarded £250 for injury in trade, plus costs.