Malting in Hertfordshire in the mid 17th century 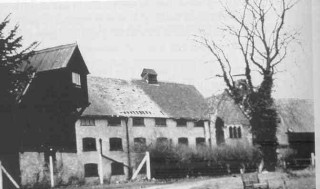 Cannon's Malting Ware part of which existed from 1622

In the State Papers for the 1630s are a series of over 100 reports from the Justices of the Peace of Hertfordshire in their various divisions to the Privy Council in London in response to commands that they report on a variety of matters referred to in a Book of Orders sent out to deal with the severe crisis caused by a series of bad harvests. However among them is a long letter purportedly from all the JPs, but probably composed by Sir William Lytton of Knebworth, which refers to attempts by the central government to enforce a prohibition on malting, so that barley could be used for making bread rather than malt.

Malt-making was, as they explained in the letter below, an integral part of the economic life of Hertfordshire and any disruption of it led to poverty and recession. Unfortunately for the government of King Charles I, this ban on malting came at a time of increased taxation through the enforcement of Ship Money payments on inland counties and an attack of the plague the same year, which particularly affected the poor, who were undernourished. What this letter shows is not only how the malting industry was organized but also the investment opportunities available in it for a wide range of local people.

It also shows the pressure of ordinary communities on the JPs and the latter’s concern for the poor in the county. The JPs were caught between this pressure from below and the demands of the Privy Council for conformity and to implement a corporation of licensed malt-makers, which the JPs were opposed to, as the richer malt makers would have to pay for a licence to belong to the corporation, which would increase the price of malt and put the petty malt-makers out of business. Refusal by local people to provide money to put the poor on work and their withdrawal of normal charitable giving was an ominous sign of opposition to central government policy, which would end up with the mass refusal to pay Ship Money by 1640.

Transcript of the letter:

“We His Majesty’s Justices of the Peace in the countie of Hartford, havinge bin importuned  by the two grand juries att the two last general sessions of the peace, as alsoe the Lordes the judges were in like manner at the last assizes, and since frequently prest  by complaints from sundrie of the greatest parishes in the countie employed in maultmakinge, with certificates of the extreame damadge both alredie growne and evidently growing upon them if the said restraint should continue, have in discharge of our duties to His Matie & our countrie in all humble manner offered the same to yr  Lopps most honoble consideration, together with the necessities and inconveniences  risen amongst them thereby, all which with our endeavours  wee humbly submit to your honors favourable consideration. The inconveniences and damages which are discovered to arise in the countie of Hartford by the restrain of maultmakinge and chiefly in the townes of Stortford, Hitchin, Baldock, Ashwell, Roiston and other the champeigne partes of the said countie.

1.The most and considerablest number of maultsters in this countie are of meane abilitie, who have in occupation large maulthouses and are chiefly employed by gentlemen and other householders who send their barleys to them to be maulted for the provision of theyr howses. Also widdowes, the portions of orphans and servants, who have some small stocke, and others, who like not to putt their moneies to usurie, buy barley and hire the maultinge of it by the quarter. Theis poore maultsters are very usefull for the countie (all those former related people of severall conditions makinge an advantage and livelihood by it. And the maulsters themselves pay good rents and have borne all taxes for theyr howses and trading, which now they refuse to pay. Theis are not able to p(ro)cure licences and, being restrained,  the rich maulster will not be hyred to bee on this kind employed.

2. There are also in the countrie villages many petty maulsters of very small stockes in the like manner employed, who make some quantities of mault for themselves and by a weekly retourne constantly supplie the markets. These are men bred up onlie in this trade, have little skill in anie other, they beare offices and pay taxes, but being nowe restrayned, they must tourne day labourers, of which sorte there are exceeding manie already that want worke.

3. The employmt in Maultmakinge continues little more than halfe a yeare & is noe trade alone to live by (some few riche traders excepted), yet by the generall libertie  that heretofore hath bin taken for maultinge, many mechanickes and men of small and petty trades emploie theyr wives, children and servants in makinge maulte whilest themselves followe theyr other callings, by which meanes theyr whole families are brought up in industrie and labour, and by that addition of  mault making to theyr other vocation live comfortably themselves and profitably to the common wealth.

4. It is usuall to most occupiers of lands, both owners & tenants to buy barleys & to convert them together with thyr owne corne into maultes, by which meanes they are alwaies full of employment (Vizt) in the winter season in the making of them and in the sommer in carrying the to severall partes of the kingdome, whereby wee conceave that a restraint beinge put upon them for theyr soe doinge, they can now waies pay these high rents, which we see they dayly yet doe.

5. The maultsters in market townes emploie manie poore people in making maultes, and wee find by experience this yeare that the maulsters drivinge a small trade, multitudes of poore in those greatt townes, have and doe endure lamentable and extreame necessities for want of worke, in soe much that havinge sould theyr goods for theyr livelihood, they wander abroad and cannot be restrayned, neither is itt possible to raise stockes to emploie them in worke or to maintaine them by almes and taxes.

6. This last winter by reason of the restraint, the rich farmer did forbeare to bring his barley into the market and the poore farmer, who had a thinne croppe was constreyned to sell his barley to his disadvantage to the principall malsters, who kept it by them unmalted, hence we finde by experience that if none but rich men trade in maultinge, they will sett the prizes of corne both in buying & selling, vent of worse and courser maulte and the poore farmers will suffer and soon decaie, who pay improved rents, beare the greatest taxes, endure the greatest labours and have the most uncertain p(ro)fit; And had not the strictness of His Matie late restraint thorough and gratious goodness bin somewhat connived att in the latter parte of this yeare, we could scarce have had maultes to have furnished our owne families att any prizes, much lesse have bin able to have relieved the impotent poore with our charities.

7. By the multitude of buyers of corne, the markets are quickened, rents, levies & taxes better paid, labourers and poore people employed and if the number of these buyers be fewe, the market towns will decaie and by consequence the inhabitants of all degrees, duties to His Majesty will be ill paid, besides a general abatement of rent must needs followe and wee are already enformed that divers have given warning into theyr landlords to give up theyr howses att Michelmas next, if the restraint continue, neyther find wee by this restraint that the labourer hath bin any waies eased in the price of his breadcorne.

8. Wee finde that the ill-makinge , the abusive mingling, the not sufficient treading & rubbinge and the uneccessarie number of maulsters, with all other abuses mentioned in His Maties late gratious p(ro)clamation, have bin soe conscientiously provided for by statute, as that it must needs be a supine negligence in the justices of the peace, stewardes of leetes  and other officers, to whom the care of it is by the said statute committed, if the mischiefes and abuses aforesaid according to the entention of His Maties aboundant care expressed in his late proclamation be not in all partes thoroughly reformed or legally punished; And the Justices of the Peace of this Countie upon complaint have executed the statute accordinglie upon offenders, neyther will such maultes vent, but with much losse and hindrance to the owner.

9. Such as are admitted into the corporation, pay a rent & fine for the licence and the valewe of itt they must bee answered from the inhabitants of the country by a proportionable  inhauncinge of prizes of the maultes otherwise the corporated  cannot get a livelihood by theyr trade; All which willbee to the generall losse of the whole countie & the most liable & least able to suscome itt wilbe the poorer sorte of people and mechanickes who buy all theyr provisions by the penny.

10. When we have endeavoured to constraine men of abilitie in the market townes to sett the poore men on worke in this time of restraint, both the farmers and maulsters have excused themselves or refused so to doe, alleadginge the restraint of maultemakinge; And, when we raised them in theyr taxes to mainteyn anie of those labourers, they withdrew theyr charitie to the impotent poore, who dayly repare to theyr howses for relief, and for the respects aforesaid have discontentedly refused such contributions  as they have been called unto; And although we take not upon us to judge of other inconveniences  that may happen upon this restraint, yet it is already apparent that His Maties service  will manie waies suffer, which in duty we hould ourselves bound to certifie unto your Lopps, which nevertheless in all humbleness wee submit to your hoble considerations.”